Slugger Aaron Judge has reportedly agreed to return to the New York Yankees. Various sources say that he has agreed to a nine-year deal to stay with the club.

The Philadelphia Phillies are reportedly in agreement on a contract with star shortstop Trea Turner, according to reports.

Kershaw signed a $20 million contract through the 2023 season.

Puig agreed earlier this month to plead guilty to lying to federal investigators. Now, his lawyers say "significant new evidence" has come forward which the former Dodger says he hopes will clear his name.

Los Angeles may have seen the last of Cody Bellinger in a Dodger uniform after the team non-tendered the former NL MVP.

Puig began using the illegal sports betting service in May 2019 while he was still playing for MLB's Cincinnati Reds, according to the U.S. Attorney's office, but none of the bets he's accused of making were on baseball games.

A glove once used by New York Yankees legend Babe Ruth was sold at the Louisville Slugger Museum & Factory auction on Saturday for a record $1.5 million.

According to multiple reports, the Dodgers and Clayton Kershaw are closing in on a 1-year deal to keep the longtime ace in LA.

Center fielders Julio Rodríguez of the Seattle Mariners and Michael Harris II of the Atlanta Braves have been chosen rookies of the year by Baseball Digest and eBay. 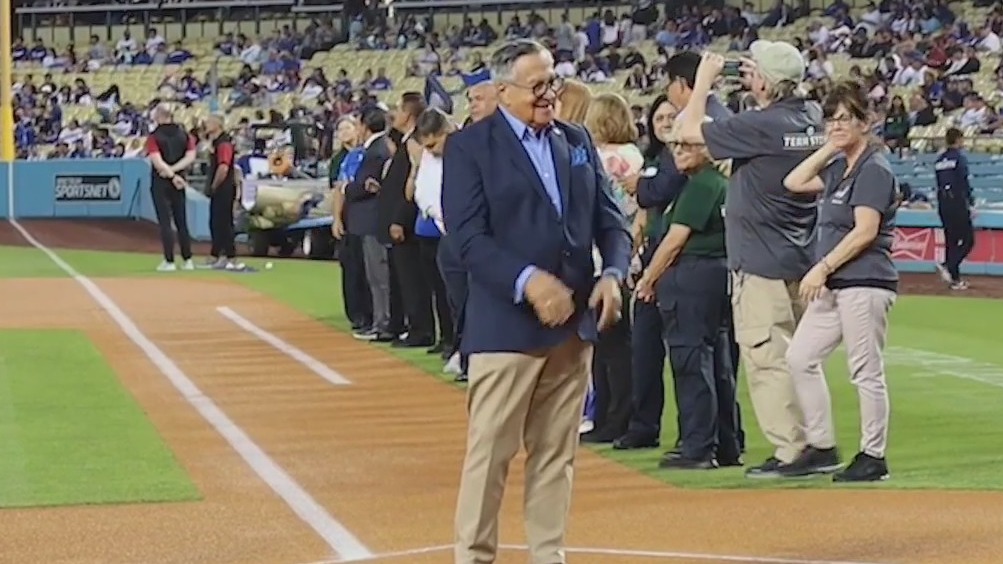 Hall of Fame Dodger broadcaster Jaime Jarrín spoke exclusively with FOX 11's Laura Diaz during one of his last days on the job.

A massive crowd of fans lined the streets of Downtown Houston on Monday for a parade to celebrate the Astros' World Series win.

The win also finally gets Dusty Baker his first title in his 25th season as a manager.

Justin Verlander overcame an early jolt to grit out the World Series win that long eluded him, rookie Jeremy Peña hit a go-ahead home run and the Houston Astros beat the Philadelphia Phillies 3-2 Thursday night to head home with a 3-2 lead.

Justin Verlander has a very tough act to follow. Not only will he again be seeking his first World Series win, he’ll take the mound against the Phillies after four of his teammates combined on the Fall Classic’s second no-hitter.

Cristian Javier and Houston's bullpen combined on just the second no-hitter in World Series history, silencing a booming lineup and boisterous ballpark as the Astros blanked the Philadelphia Phillies 5-0 Wednesday night to even the matchup at two games each.

A California judge is allowing a lawsuit to proceed against the Los Angeles Angels over the drug-related death of pitcher Tyler Skaggs.