The Supreme Court says the Biden administration program to cancel student loans will remain blocked for now, but the justices have agreed to take up the case in late winter.

President Joe Biden is calling on Congress to pass legislation to intervene and block a railroad strike before next month’s deadline in the stalled contract talks.

President Joe Biden on Thursday delivered at least half a dozen pies to Massachusetts firefighters during a Thanksgiving Day show of appreciation.

President Joe Biden is announcing that his administration will extend the pause on federal student loan payments while the White House fights a legal battle to save his plan to cancel portions of the debt.

Biden. the oldest president in U.S. history, hits his milestone birthday at a crossroads.

The South Lawn ceremony will be the 19th wedding in White House history.

In a news conference following the meeting, Biden said that despite China's recent saber-rattling, he does not believe "there’s any imminent attempt on the part of China to invade Taiwan.”

“The United States government is putting our money where our mouth is," Biden said during remarks at the annual global summit on climate change. 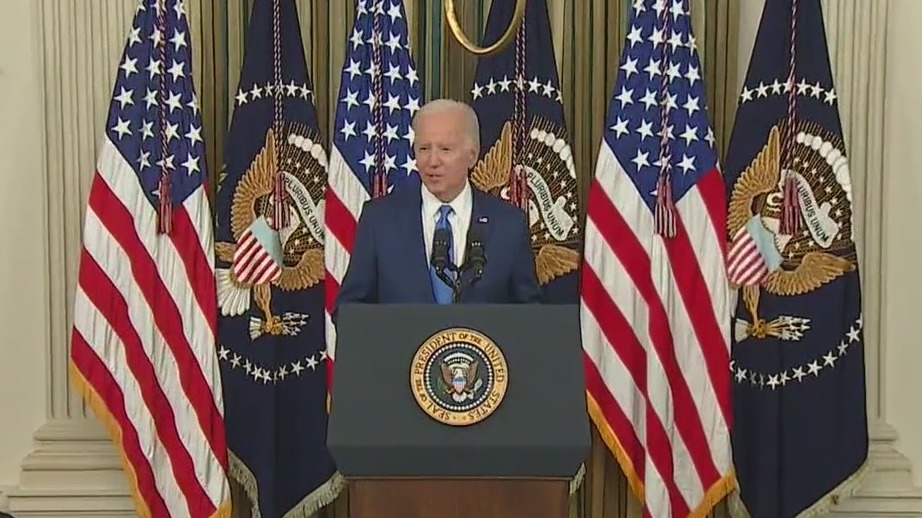 Voters continue to wait for the results of key races nationwide..

“While the press and pundits are predicting a giant red wave, it didn’t happen,” Biden said Wednesday afternoon.

“My hope is that now that the election is over, that Mr. Putin will be able to discuss with us and be willing to talk more seriously about a prisoner exchange,” Biden said.

Six days before major midterm elections, President Joe Biden is imploring voters to save American democracy from Trump supporters' election-denying lies and the violence he says they have inspired.

Over 20 million people, including nearly 1 in 5 older people, have gotten the new vaccine, which was formulated to target the coronavirus variants most dominant in the United States.

A federal appeals court has issued a stay that temporarily blocks a plan to cancel billions of dollars in federal student loans.

Biden said more than half of the people eligible for student loan relief have submitted their applications in the week since the website went live.

President Joe Biden will announce the release of 15 million barrels of oil from the U.S. strategic reserve Wednesday as part of a response to recent production cuts announced by OPEC+ nations.

After a day in Los Angeles that featured a visit to a Metro construction site, an impromptu taco run and a political fundraiser, President Joe Biden traveled to Orange County Friday to discuss his administration's efforts to lower prescription drug and medical costs for American families