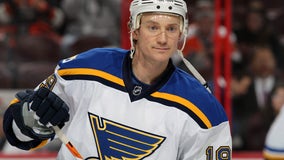 St. Louis defenseman Jay Bouwmeester was hospitalized and undergoing tests early Wednesday after suffering a cardiac episode and collapsing on the bench during the first period of the Blues’ game against the Ducks. 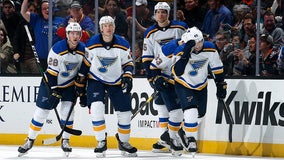 St. Louis defenseman Jay Bouwmeester collapsed on the bench during a break in play in the first period, prompting the Blues and Anaheim Ducks to postpone their game Tuesday night. 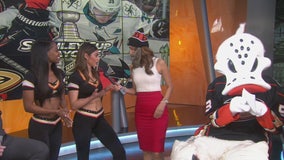 Merit Tully and the Anaheim Ducks Power Players joined us on Good Day LA ahead of the NHL Post Season when the Ducks will face San Jose!