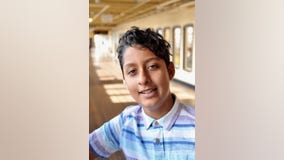 Christopher (2007) is a sweet, engaging boy with a warm and playful spirit. 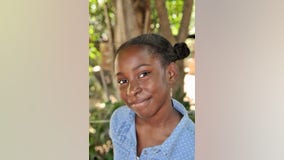 Olivia (2009) has an outgoing, engaging and vivacious personality that naturally draws people to her. With that kind of qualities presence, it makes her well suited for a career pursuit she has in mind, being a YouTube blogger. 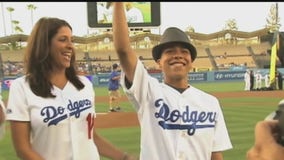 As we watch our hometown team in the World Series think about what the Dodgers mean to you. To me, it's gratitude for a franchise that has been so great to kids in Los Angeles County foster care. With our Wednesday's Child weekly story on FOX 11 News at 10 p.m., we spend a day on the field every season. 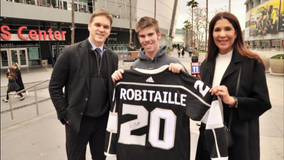 Born in 2003, Markus is a warm and engaging teen in foster care who holds a lot of passion for a variety of interests and enthusiastic about experiencing new things. In addition to his educational pursuits, he is athletic and loves sports. Markus had never been to Staples Center for an event, so NHL Hall of Famer and current President of the LA Kings Hockey Team, Luc Robitaille made Markus his personal guest at what would be one of the final games of the season. 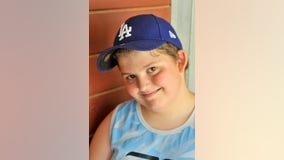 Tyler (2007) is a very engaging child with a friendly personality. He likes being around animals and is quite the outdoorsman. 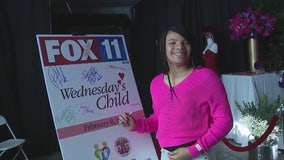 Taliyha (2007) is a dynamic teen in foster care who wishes to be a part of a forever family. 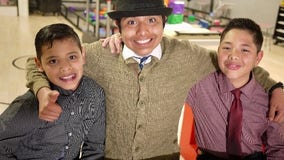 Mario (2005, Center), Emiliano (2007, Right) and Ivan (2009, Left) are brothers who describe each other as their best friends. They’re always on the go, full of energy and spontaneity.  They love being in the outdoors. That’s not all there is to these boys – they have a knack for learning, especially on the tech side. We brought them to one of our favorite learning labs – Rolling Robots in Glendale, CA for a lesson in robotics. 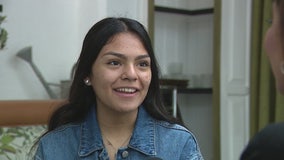 Leslie (2004) is a friendly and sociable teen deserving of a safe, loving and permanent family. She has a warm and inviting personality and is open to trying out new things. Like most teens, Leslie appreciates trending fashions and accessories.  Therefore, she was excited to check out the topnotch designer vendors and geared up to experience the role of a celebrity VIP surrounding the Academy Awards AKA Oscars at Doris Bergman’s 12th Annual Valentine Romance Pre-Oscar Luxury Lounge and Party at the Fig & Olive Restaurant in West Hollywood. 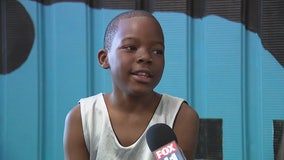 Willie (2009) is a bright and happy child with a smile that will warm anyone’s heart.  Willie has a calm and mannerly demeanor, and speaks with precision and decisiveness. When asked what he wanted to be when he grows up, he said an engineer. So, we brought Willie to meet and learn about the field of aerospace with a real life engineer at Tomorrow’s Aeronautical Museum in Compton, CA. 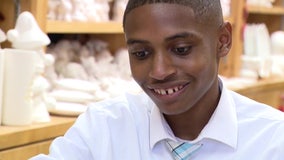 Jemariah (2005) is a happy and friendly teen with some special needs. He is very active and requires a great deal of support and supervision. He enjoys all kinds of food, especially tacos, salad, and cheez-its. He loves the outdoors and likes to strut his skills with a basketball. We’re told that Jemariah loves to color and being read to, so we decided to have him try his hand at painting at the Color Me Mine in Whittier, CA. 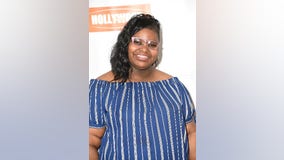 The Wednesday's Child Team was busy putting forth our nominations of our shining teens looking for forever families during award season and is wrapping up with this last presentation of a dynamic teen, Angelicia (2003). 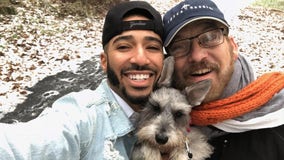 Happy New Year from Wednesday’s Child! The year 2020 marks 25 years of the Wednesday’s Child program, a partnership between KTTV-Los Angeles FOX 11 News and DCFS to find adopting families for a population of children in foster care who face more barriers than others in reaching permanency. 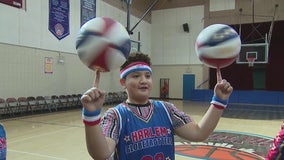 Lazaro (2004), likes what most teen boys like, such as video games and sports. What isn’t always that typical is that he is aware of his feeling and is able to articulate them. 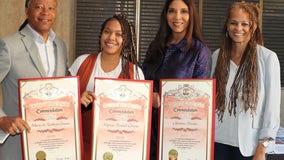 As we ring in the New Year, we take a look back at a ceremony this fall at the Board of Supervisors’ meeting, honoring FOX 11 for its on-going partnership with LA County in helping children to achieve permanency. 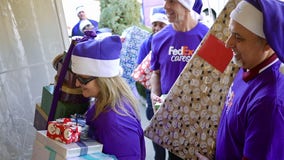 A special Christmas delivery for a Wednesday's Child family. See how the folks at FedEx Care's made their wishes come true. 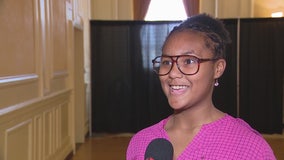 Cristeina (2007) is a personable child. She enjoys the outdoors and going to the movies, mall, library and the park. She also enjoys drawing; anything artsy, listening to music, putting puzzles together, and reading (especially Korean Comic books). Cristeina is always up for exploring new things and different dimensions of the arts. With that in mind, Cristeina was given a chance to see a theater production media day where members of the media interviewed the cast of the Lythgoe Family Panto’s 10-Year Anniversary production of A Snow White Christmas. 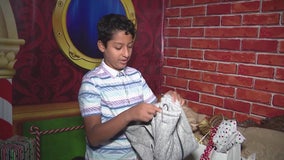 Christopher (2007) is a sweet, engaging boy with a warm and playful spirit. He’s calm in demeanor and enjoys one on one time with people he’s close to, such as his CASA volunteer and social workers. In many ways, he reminds people of an “old soul." 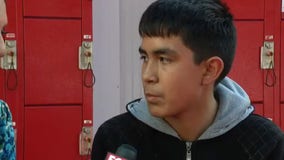 Meet Felipe (2006), a very kind and affectionate child with some special needs. He is friendly and polite, and enjoys engaging in conversations on just about anything. Felipe is very easy-going and gets along with everyone in just about every setting. While sports aren’t Felipe’s forte, he was such a “sport” when presented with the opportunity to go ice skating for the first time at the Bai’s Holiday Ice Rink at Pershing Square. 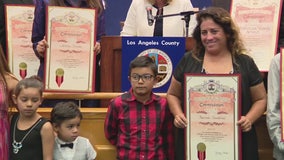 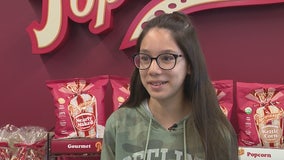 There was the popping room where it all begins: dedicated workers producing their signature favorites like Caramel Corn, Cheddar Cheese and of course their popular “Zebra® Popcorn." 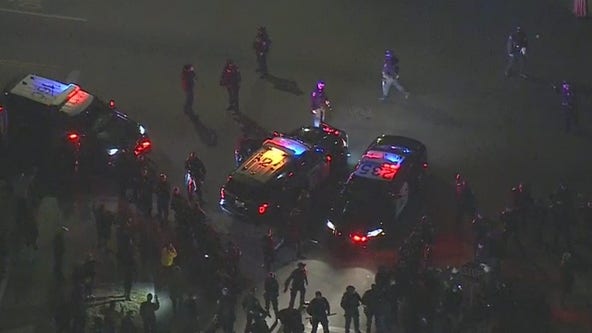 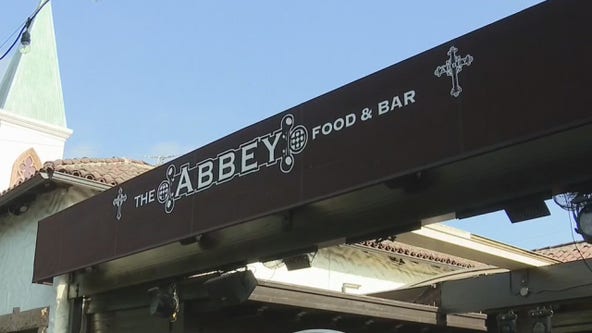 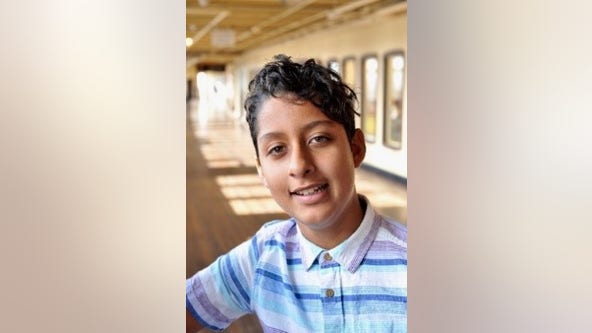 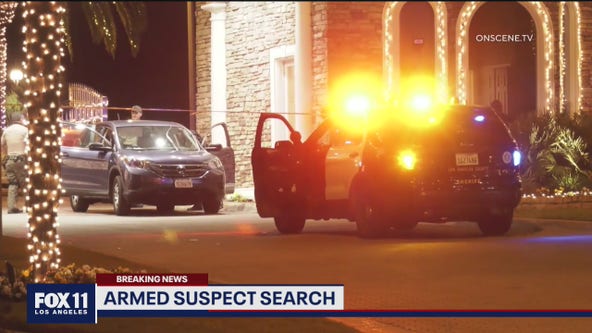 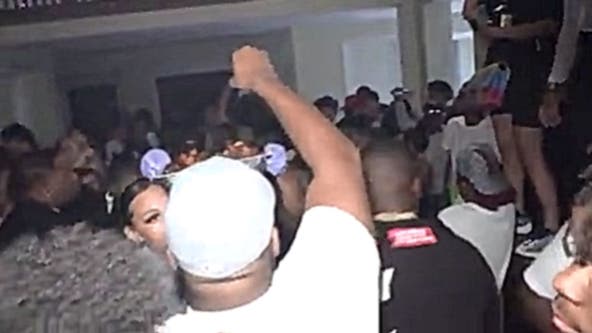