A 16-year-old boy is in custody after leading authorities on a lengthy police chase through Ventura, Los Angeles and Orange counties in a stolen truck.

The greater-alarm fire erupted around 4 a.m. on Nov. 30. No injuries were reported.

Flumes of smoke were seen billowing over the 5 Freeway in Sun Valley Saturday night. 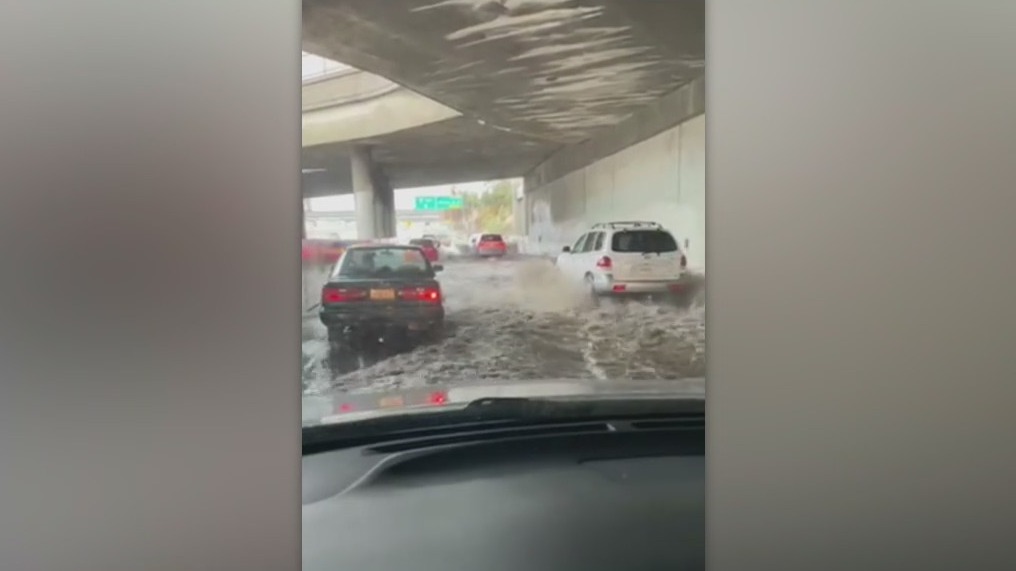 The LAPD issued 31 citations, arrested 39 people, and impounded 23 cars after sideshows flooded streets across the San Fernando Valley overnight. Those caught at the illegal events, including spectators, could face a misdemeanor charge and a fine of up to $1,000.

Twenty-two criminal charges have been filed against the funeral home owner after the non-cremated remains of 11 people, including infants, were found in stages of decay and mummification.

Twenty-two criminal charges have been filed against the funeral home owner after the non-cremated remains of 11 people, including infants, were found in stages of decay and mummification.

One person was transported to the hospital after being struck by a Metrolink train, according to officials.

A carjacking suspect was taken into custody after leading authorities on a pursuit through the San Fernando Valley.

The pursuit started in Sun Valley and ended in Burbank.

SkyFOX was over Sun Valley as a massive fire torched several cars in the area.

Double check your tickets! A ticket with five numbers, but missing the Mega number, in Tuesday's drawing was sold at a liquor store in Sun Valley.

One person was killed in a two-vehicle crash on the southbound 170 Freeway in Sun Valley Thursday morning, officials said.

The pandemic has put mechanics at a tough position, leaving them short on car parts.

Los Angeles County has already spent more than $950,000 in attorneys fees and other costs in the case of Grace Community Church, according to a legal summary provided to the County Board of Supervisors.

Several people were injured Tuesday in a multi-vehicle crash that prompted closure of the northbound 170 Freeway in the Sun Valley area.

A pedestrian was struck and killed by a Metrolink train Tuesday morning in the Sun Valley area.

Crews took down a large fire at a Sun Valley restaurant.