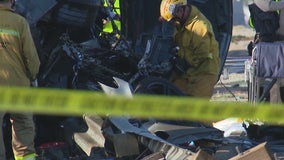 The large Lebanese community in the city of Bell is mourning the deaths of four of their own who were killed in a high-speed crash on the 710 freeway. 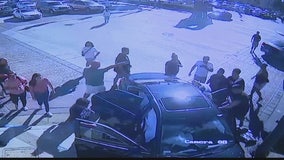 Terrifying moments when a car flew through the front door of a business in Bell were caught on camera. The collision between two cars at the intersection of Atlantic Avenue and Brompton Avenue that sent five to the hospital. 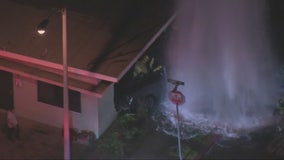 A truck careened off the road early Wednesday, sheering a fire hydrant and crashing into an apartment building. FOX 11's Gigi Graciette reports.