Fox News correspondent Aishah Hasnie called on the National Football League to "stop awarding" Super Bowls to Los Angeles and other cities "that have to move their homeless population" on "The Big Saturday Show." 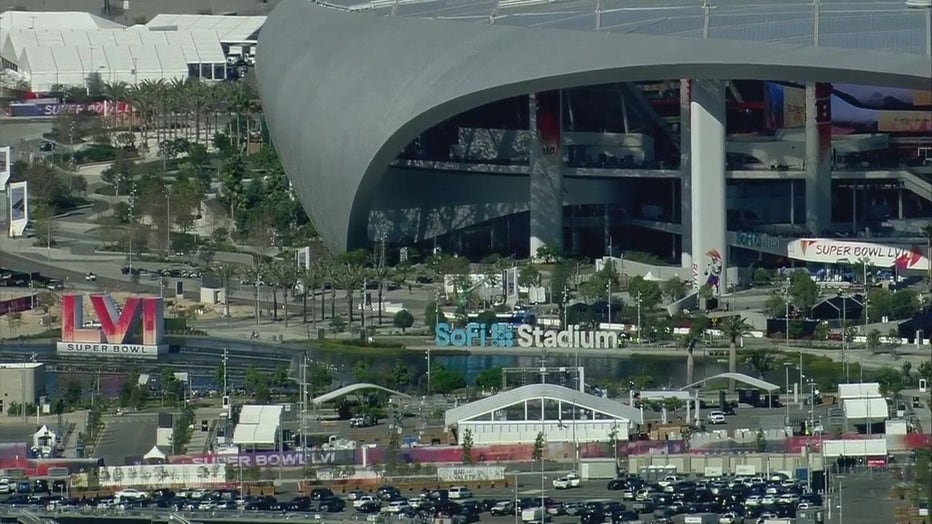 Homeless encampments have been cleared outside of Los Angeles' SoFi Stadium and elsewhere around the city ahead of Super Bowl LVI Sunday.

RELATED: Homeless encampment being cleaned up near SoFi Stadium ahead of Super Bowl LVI

" … [W]hat would help fight the homelessness crisis in Los Angeles is if we didn't award Los Angeles a Super Bowl," Hasnie said. "Right? Stop awarding and rewarding cities that have to move their homeless population to make superstars, rock stars, celebrities feel better about themselves when they go to the Rolling Stones' party or the Maxim party."

"Stop awarding these cities the Super Bowls. You don't have to give it to them. You can give it to a community that is actually trying to do something better about their town or city."

Hasnie asked why the NFL would hold the Super Bowl "in a state that has to do this" when Major League Baseball pulled its 2021 All-Star Game from Atlanta "because it thinks the state is racist."

"I just don't get it. Stop rewarding these cities that don't deserve it," she said.

He said that "root causes matter," calling for border enforcement and a crackdown on hard drugs. Jones also vouched for helping veterans readjust to civilian life, "especially when they have psychological problems."

"And then last and certainly not least, when people commit crimes, hold them accountable and put them in prison."

As a result of doing the above, homelessness subsides significantly, the Afghanistan war veteran said.