Candidates competing to replace Gavin Newsom as Governor of California will face off in a televised debate at the Richard Nixon Presidential Library and Museum on August 4 and you can watch the entire debate live on FOX 11 News.

YORBA LINDA, Calif. - The race for California governor is officially on.

Join FOX 11 for the first gubernatorial debate of the season. FOX 11 will host a televised debate at the Richard Nixon Presidential Library and Museum in Yorba Linda on August 4.

Invitations have been extended to Larry Elder, Caitlyn Jenner, and Gavin Newsom, but they have yet to accept.

California will hold its recall election Sept. 14 that could remove first-term Democratic Gov. Gavin Newsom from office. The date was set by Lt. Gov. Eleni Kounalakis, a Democrat and Newsom ally, after election officials certified that 1.7 million valid petition signatures had been turned in to qualify the election for the ballot. 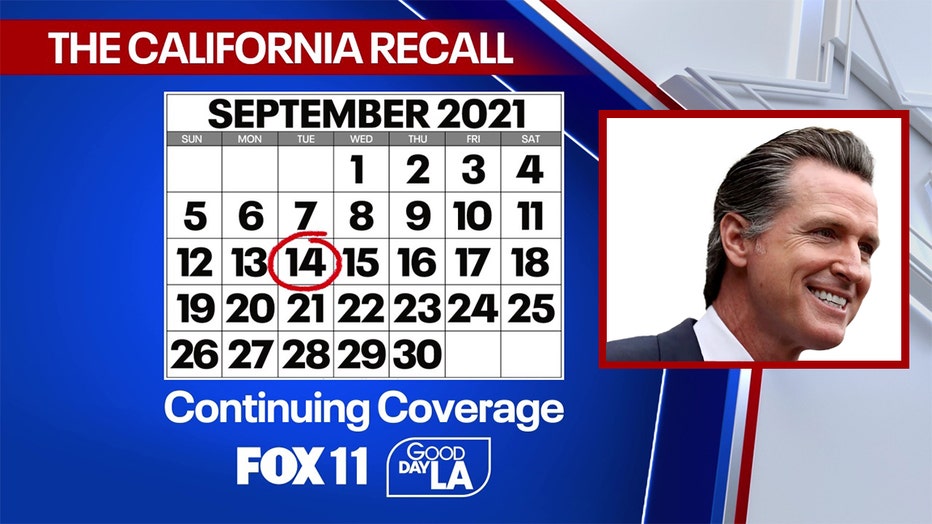