Caitlyn Jenner is officially running for governor of California.

Jenner made the announcement on Twitter Friday morning, saying "I'm in! California is worth fighting for."

She said she has filed her initial paperwork and her campaign website and donation page just went live. Jenner said a formal announcement will follow in the coming weeks.

The 71-year-old longtime Republican, Olympic hero, reality TV personality and transgender rights actvist, had been consulting with GOP advisers as she had considered joining the field of candidates hoping to replace Democratic Gov. Gavin Newsom in a likely recall election later this year.

"I am a proven winner and the only outsider who can put an end to Gavin Newsom's disastrous time as governor," Jenner wrote in her announcement. "Californians want better and deserve better from their governor For too long, career politicians have over-promised and under-delivered." 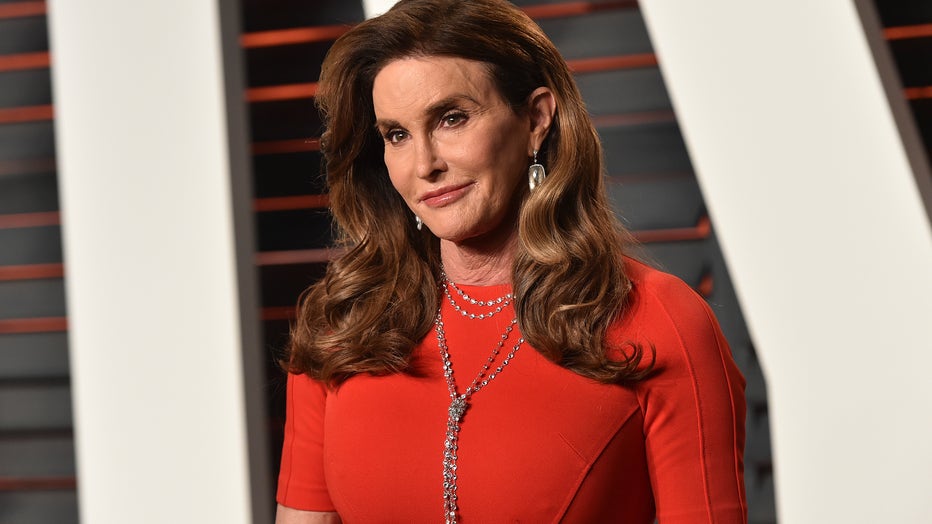 Jenner said that small businesses have been devastated because of the "over-restrictive lockdown," and that taxes are too high, "killing jobs, hurting families, and putting an especially heavy burden on our most vulnerable people."

"This isn't the California we know. This is Gavin Newsom's California, where he orders us to stay home but goes out to dinner with his lobbyist friends," she said.

Below is a social media statement released by Equality California:

The Log Cabin Republicans, who advocate for the LGBTQ community with the GOP, were very enthusiastic about the candidacy, saying it adds to the narrative and changes it: "not all members of the community are liberal Democrats" says Charles Moran, who heads the organization.

Below is a statement issued by Moran:

"Caitlyn Jenner launching her bid to become California's next governor is a real turning-point for the LGBTQ community and the California Republican Party. Arguably the most high-profile trans person in history, she brings a unique set of experiences. But as a businesswoman, former Olympian and a parent trying to raise a family in California, she's not immune to the disastrous effects that decades of Democratic control have had on California.

Caitlyn is running as a Republican, which should come as no surprise since she's been registered with the GOP for some time. The LGBTQ left will demonize her because of that. If you don't fit into their victimhood narrative, you will be denounced. Quite hypocritical for organizations like Equality California to trash her candidacy before she even declared. It just goes to show that they are acting as Democratic partisans first, and LGBTQ advocates second. Caitlyn is anything but a victim.

Caitlyn has her work cut out for her and the field of candidates is still not set, but Log Cabin Republicans is proud that the first major trans candidate for governor in America is a California Republican."

The celebrity activist, who described herself as "economically conservative, socially progressive" in a People magazine interview last year, immediately would stand out in a field that so far has failed to attract a nationally known contender. Her potential run would come nearly two decades after the ascendancy of Arnold Schwarzenegger, another Republican who used his Hollywood fame as a springboard to the state’s highest office in a 2003 recall election.

Still, a run by first-time candidate Jenner also has spotlighted the many unknowns about her positions on critical issues facing the nation’s most populated state, from how she would manage the coronavirus pandemic to slowing a homelessness crisis.

If the recall qualifies for the ballot, as expected, voters would be asked two questions: first, whether Newsom should be removed from office. The second would be a list of replacement candidates to choose from, if more than 50% of voters support removing Newsom from office.

The effort has been largely fueled by criticism of Newsom’s handling of the pandemic. Republicans who have announced their intention to run include former San Diego Mayor Kevin Faulconer, former U.S. Rep. Doug Ose and businessman John Cox, who lost to Newsom in the 2018 governor’s race.

"My understanding is she is in the research phase, trying to assess her chances, trying to understand the pathway to victory," said Jim Brulte, a former chairman of the California Republican Party. He has not spoken directly to Jenner.

Jenner made headlines in recent years with her back-and-forth relationship with Trump, who remains broadly unpopular in California outside his GOP base. Trump lost the heavily Democratic state to Joe Biden in November by over 5 million votes.

Jenner supported Trump in 2016 but later criticized his administration’s reversal of a directive on transgender access to public school bathrooms. She also criticized Trump after he said transgender people would not be allowed to serve in the U.S. military.

As an untested candidate in a potentially crowded field, it’s difficult to predict what her coalition of supporters might look like. Republican social conservatives, for example, might be hesitant to line up with a transgender candidate.

Newsom, who as San Francisco mayor ignored the law and issued marriage licenses to same-sex couples in 2004, has close ties to the LGBTQ community.

It’s also not known what role Trump might play in the election, if any, and how the GOP donor community that is crucial to funding a campaign would react. Jenner also could face questions about a 2015 fatal crash in which she rear-ended two cars. A 69-year-old woman was killed when her car was pushed into the path of an oncoming Hummer.

In a typical election, Jenner, as a Republican, would face long odds in a state dominated by Democrats. But with dozens of candidates expected to join the ballot in a likely recall election, the threshold to win would be far lower with the vote divided among many contenders.

Jenner’s celebrity status would be an advantage in what could be a chaotic two-month campaign. She’s widely known from shows including "Keeping Up with the Kardashians" and the spin-off "I Am Cait."

With multiple candidates, California Republican national committeeman Shawn Steel said it’s possible that a winner could top the field with as little as 20% of the vote.

Jenner "is not to be discounted at all," said Steel, who has not spoken with her about the race. If she enters the contest, "Caitlyn adds a whole new level of excitement."

It’s not uncommon in California for residents to seek recalls, but they rarely get on the ballot — and even fewer succeed. Recent statewide polling has suggested that Newsom would hold his office.

County election officials are reviewing the signatures submitted by recall organizers to determine whether it will qualify. The vote likely would take place in the fall.

Axios first reported Jenner’s interest in running, and Politico on Thursday first reported her conversation with the Republican Governors Association and the hiring of several prominent Republican consultants.

A representative for Jenner could not immediately be reached.

KTVU and the Associated Press contributed to this report.