LOS ANGELES - The five-member Los Angeles County Board of Supervisors will be getting at least one new face by year's end, with Supervisor Sheila Kuehl opting against a reelection bid for her District 3 seat, and six candidates vying to fill the void.

Kuehl has thrown her support behind Horvath, who has also been backed by Supervisors Janice Hahn and Hilda Solis. Supervisor Kathryn Barger has endorsed Hertzberg.

The battle is anticipated to be a three-horse sprint among Horvath, Stern and Hertzberg, with the top two vote-getters advancing to the November general election. 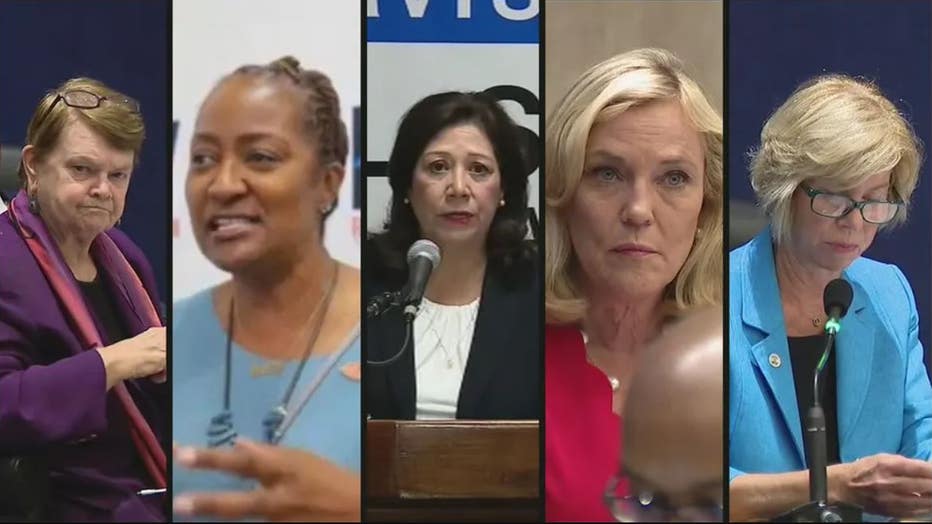 Homelessness and public safety are the top issues cited by candidates.

Hertzberg has been in the state Senate since 2014 and previously served in the Assembly, including a stint as Assembly Speaker. He said the Board of Supervisors should have a representative from the San Fernando Valley.

"At the state level, we've sent billions to LA County, but the county has squandered state funding I've worked tirelessly to bring home," he said in his official statement. "Now I'm running for county Supervisor to fix the mess. I will take responsibility for solving emergencies like homelessness, crime, housing, and mental health -- and make sure county government gets the job done."

Stern, an environmental attorney, has been in the state Senate since 2016. He also cited homelessness and public safety as leading issues, pointing to an audit of the county's homelessness and mental health system that found what he called $1 billion in "bottlenecked taxpayer funds."

He also condemned what he called "a vicious cycle of hospitalization and incarceration for unhoused Angelenos facing mental illness and addiction."

"Los Angeles has been offered a false choice: between safer streets and an anti-racist, restorative justice system," according to Stern's website. "Investing in alternatives to incarceration through drug courts, social work, and street medicine should not mean that violent crime is without consequence."

Brill said he wants to bolster availability of mental health treatment as a way to address the homelessness crisis, while also increasing funding of the sheriff's department to improve public safety.

He noted in his candidate statement that he is "fed up with a broken system that has allowed 65,000 people to live and suffer on our streets." He added that he is "running to change this with common sense reform."

Girgenti says she would be an advocate for public safety and law enforcement families. In her campaign statement, she says would also work to ease the burdens of rising costs facing homeowners.

RELATED: Pandemic pushes parents to run for LA County Board of Supervisors

Hoge said she would "root out corruption" in county government, saying "too many backroom deals and big money players have dictated terms for too long." She also said she would be an advocate for public safety and work to clear streets of homeless encampments.

"During the pandemic, we should have focused on protecting the vulnerable, like seniors, and not punishing the voiceless, our students and children," she said in her statement. "Asking hard questions of agencies we oversee, like LA Public Health, is a crucial part of the job."

Meanwhile, Supervisor Hilda Solis is facing four challengers in her bid for a third -- and final -- term on the board. Her District 1 seat represents an eastern swath of the county, including Monterey Park, Azusa, Pomona, Diamond Bar, Rosemead, West Covina, Highland Park and Lincoln Heights.

Solis is a longtime Los Angeles-area political figure, having served both in the state Assembly and Senate before moving to Congress and later becoming U.S. Secretary of Labor under President Barack Obama. Defeating her will be no easy task. An incumbent Los Angeles County supervisor hasn't lost a reelection bid for 42 years.

"My priorities continue to be mitigating the impacts of the COVID-19 pandemic, expanding affordable housing and healthcare for all, creating good- paying local jobs, improving access to parks and open space, enhancing veterans' services, and making our neighborhoods safer through community based crime prevention," Solis said in her official candidate statement.

Argudo, a former Marine, says he is focused on tacking public safety, homelessness and mental health programs while improving county government to make it more transparent.

Dalton said he wants to "work on behalf of those who aren't heard," saying he is focused on increasing the availability of affordable housing and improving education opportunities.

"Our world was turned upside down during the height of the pandemic and continues to ensnare our lives and economy," he said in his statement. "As we transition away from health related mandates I will work to make sure that families and small businesses who were affected most are given every opportunity to return to life as normal."

Smith said his campaign is focused on public safety, homelessness, personal freedoms and "curriculum that is unfit for our children." He noted he was inspired to run for office following the county's imposition of a COVID vaccine mandate for employees, saying his career was put in jeopardy "over the use of an experimental medical treatment."

"My freedom was and is at risk," he wrote on his campaign website. "This provoked me to stand for those who either could not or would not speak for themselves.  Moreover, it was the right thing to do. Thus, I took the lead with convictions inspired by our constitutional rights, and I became a voice for fellow colleagues and friends. My desire is to extend this invitation to you to allow me to become a voice for you and our communities in District One."

Tammy Solis did not submit a candidate statement or provide contact information.

Also on the ballot, county Assessor Jeffrey Prang, who has held the post since 2014. He is being challenged by three county deputy assessors -- Mike Campbell, Sandy Sun and Anthony Lopez.