The Tesla's recording system captured a man keying the vehicle in a parking lot in Newbury Park.

A Thousand Oaks man is facing eight felony charges for allegedly sexually assaulting three children, some at least as young as 10 years old.

Deputies said a theater tech at Westlake High School had sent "numerous illicit images" to a student through social media.

Charges have been filed against a group of poachers and wildlife traffickers known as the "E-Bike Crew."

A Thousand Oaks family is living a nightmare after a pack of dogs attacked a teenage girl. She continues to recover at an area hospital.

A Thousand Oaks family is living a nightmare after a pack of dogs attacked a 16-year-old girl. 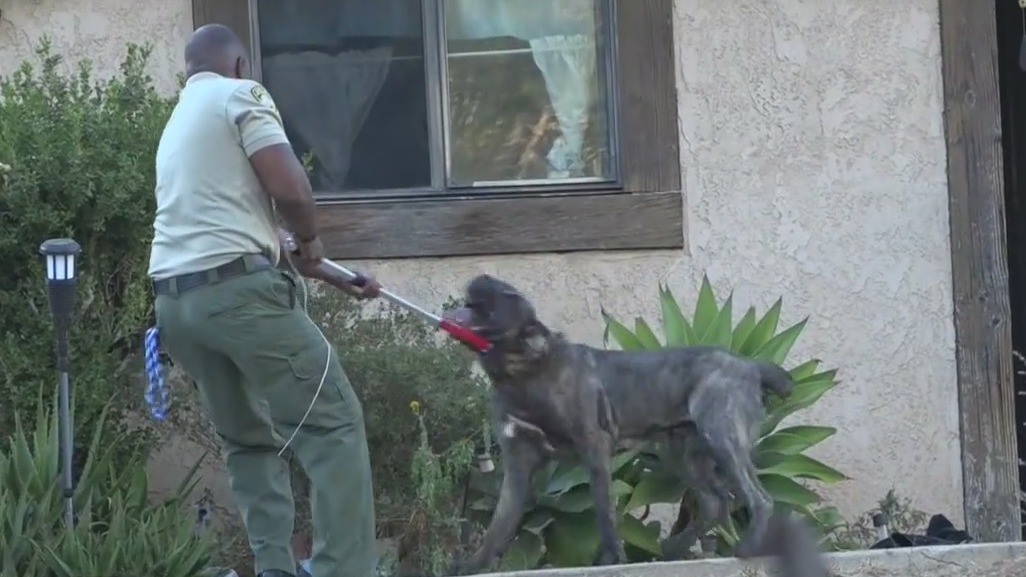 A Thousand Oaks family is living a nightmare after a pack of dogs, described as Cane Corsos, attacked a 16-year-old girl.

An alleged online child predator was arrested in Ventura and has since been released as he awaits his next court date.

Pretty Girl was stolen from Paw Works back in June. She was found the same way on the side of the 101 Freeway, so severely injured that she needed to be euthanized.

About one year after a woman was found dead near a freeway in Ventura County, authorities announced they have made an arrest.

A Thousand Oaks bakery is picking up the pieces after burglars ransacked the business.

Britney Spears' ex-husband Jason Alexander was found guilty Thursday of trespass and battery, both misdemeanor offenses, stemming from the June 9 incident in which he crashed her wedding in Thousand Oaks to Sam Asghari.

Ventura County Sheriff's deputies say Connor Kerns tricked an underage girl into sending him inappropriate photos, then blackmailed her into sending more and meeting up with him.

The Thousand Oaks pet shop is asking how potential adopters feel about gun control and is barring NRA members from adopting. Now the owner is facing thousands of threats.

A Southern California animal shelter is sparking controversy after announcing it is banning people from adopting pets if they do not support strict gun control measures.

Authorities are searching for a hit-and-run driver wanted in connection with a deadly crash in Thousand Oaks.

A man has been charged with murder in the stabbing death of another man over the weekend in Thousand Oaks, according to the Ventura County Sheriff's Office.

A 24-year-old man from Reseda was arrested after allegedly spraying a victim with chemicals in an attempt to steal video games.

A homicide investigation is underway after a man was found fatally stabbed in Thousand Oaks overnight.