A man who was on the tracks was taken into custody.

Officials said 30 people were evacuated due to police activity.

An investigation is underway after a man died after he was found with stab wounds on a Metro platform near Pershing Square. 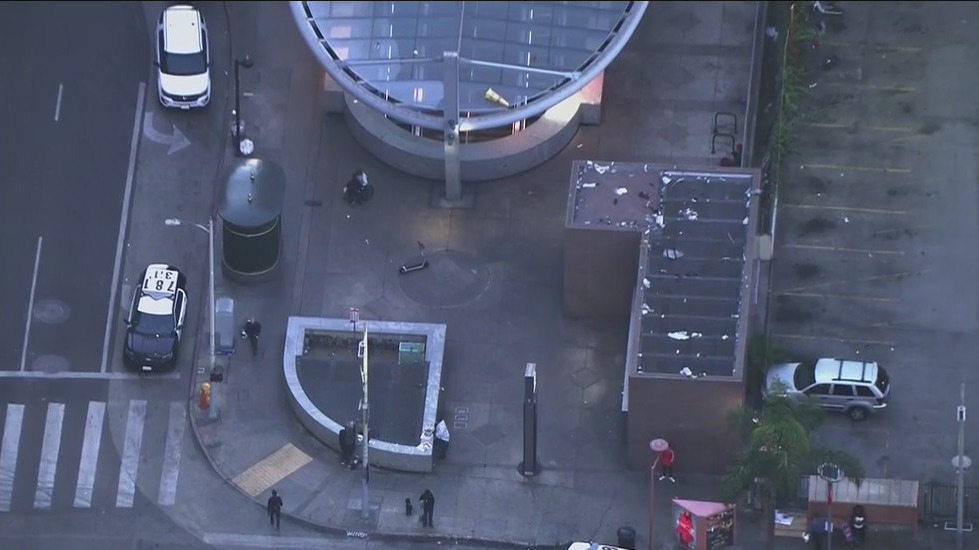 An investigation is underway after police found a man with stab wounds on a Metro platform near Pershing Square in downtown Los Angeles.

Long Beach business owners call it, "The dumping of the homeless." They are partially blaming Los Angeles' Metro for Long Beach's 62% increase in the homeless population over the last two years.

Since July 2021, there have been 32 injuries inside and around the project.

A proposal introduced by the LA County Board of Supervisors included the potential creation of "navigation hubs" at stations where the homeless could connect with social services.

Motorists should anticipate rolling road and freeway closures as President Biden is driven around the area. Biden's exact travel routes are never released for security reasons.

Metro will offer free rides on all of its buses and trains through the weekend in connection with the K Line's opening.

Metro will offer free rides on all of its buses and trains through the weekend in connection with the K Line's opening.

Rides on all Metro trains and buses will be free Wednesday.

If you're a community college student in Los Angeles County, you can now ride the Metro to school for free thanks to a $1 million grant to the Los Angeles Community College District.

Sheriff Alex Villanueva is asking the AG to look into how LA County Board of Supervisor Sheila Kuehl knew ahead of time that a search warrant was going to be served at her home.

According to a Metrolink representative, the victim was in a “non-pedestrian” area between the Northridge and Van Nuys stations.

The Hyde Park Metro Station is expected to open later this year.