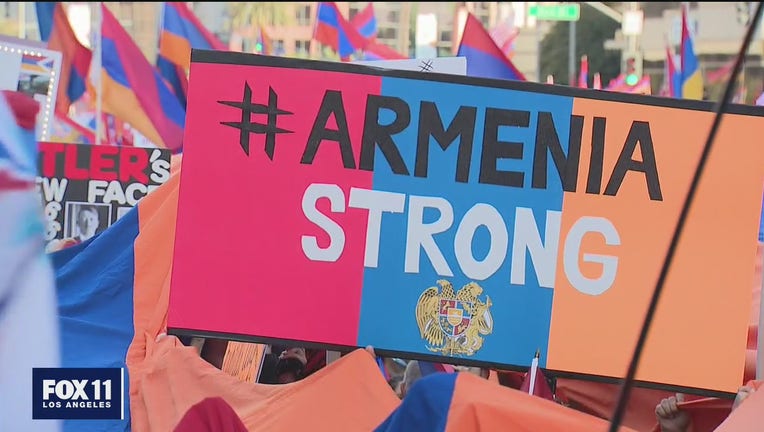 BEVERLY HILLS, Calif. - A crowd estimated to be at least 20,000 people are marching on Sunday through Beverly Hills in support of Armenia in its conflict with Azerbaijan and Turkey over the disputed Nagorno-Karabakh region.

The destination will conclude at the Turkish Consulate at Wilshire and La Cienega boulevards in Beverly Hills.

Beverly Hills police said there might be road closures in the area between 1 p.m. and 7 p.m.

Los Angeles County is home to the nation's largest population of Armenian immigrants, and multiple demonstrations have taken place over the past week against what many of them call Azerbaijan's aggression against Armenia and Nagorno-Karaabakh, also known as Artsakh. 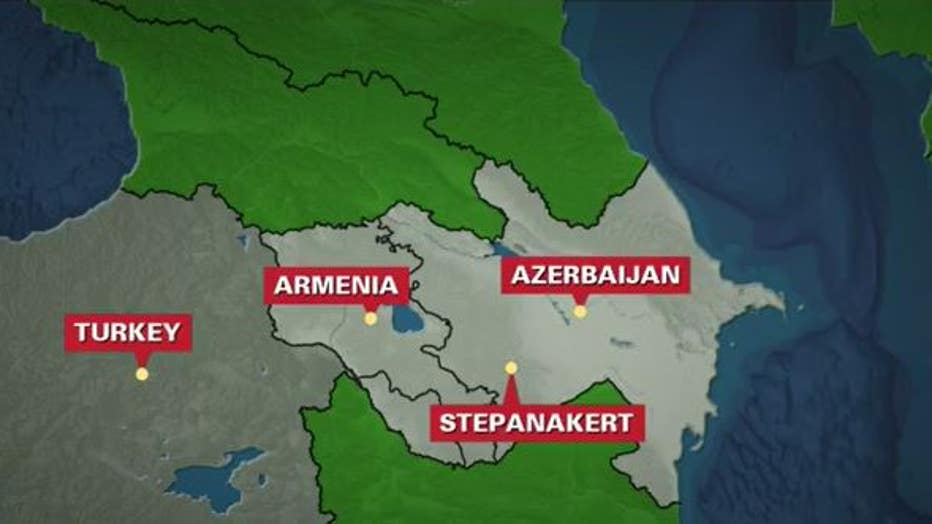 The mountainous region is controlled by ethnic Armenians but is inside Azerbaijani territory.

Armenia and Azerbaijan have been engaged in conflicts for years, but the situation escalated in July when Azerbaijan threatened to blow up a nuclear power plant in Armenia.

"We stand with our brothers and sisters in Armenia and Artsakh and the diaspora in L.A." Los Angeles Mayor Eric Garcetti tweeted Sunday afternoon.

"We welcome the ceasefire and it must be respected. We need our national leadership to step up and help bring peace to the region. Turkey must disengage."

Los Angeles City Councilman Paul Krekorian introduced a resolution a week and a half ago that was immediately passed by the City Council condemning the actions of the Azeri government.

Krekorian is of Armenian descent.

"Armenia violated the ceasefire within just a few hours after it was agreed upon on Friday night and started bombing Azerbaijani civilians. Last night, Armenia sent guided ballistic missiles into Ganja, Azerbaijan's second-largest city, which is 100 kilometers far from the occupied Nagorno-Karabakh region. The missile attack wiped out an entire neighborhood of Ganja, killing nine and wounding 34 Azerbaijani civilians in their sleep. It is a war crime.

"This is a new war of aggression and occupation unleashed by Armenia against Azerbaijan. Armenia is bombing our major cities, using even the banned cluster bombs. As a result, 41 Azerbaijani civilians, including three children, have been killed and over 200 Azerbaijani civilians have been injured. Azerbaijan defends itself, its civilians. All the fighting takes place within the borders of Azerbaijan.

"In the early 1990s, Armenia illegally invaded and occupied 20% of Azerbaijan's sovereign territory, expelling 800,000 Azerbaijanis from the occupied regions, including Nagorno-Karabakh and seven adjacent districts.

"The United Nations and the United States condemned this illegal occupation and demanded that the Armenian forces withdraw from Azerbaijan.

Armenia refused to comply and has kept the territories of Azerbaijan under its illegal military occupation, not allowing 800,000 Azerbaijanis to return to their homes.

"Azerbaijan wants peace. For peace to happen, Armenia must withdraw its armed forces from the occupied territories of Azerbaijan, as demanded by, and allow forcibly displaced Azerbaijanis to return to their homes.

Then, the Azerbaijanis and Armenians of Nagorno-Karabakh will build a prosperous future together, living in peace again as they did so for many  centuries."

Aghayev released a videotaped statement last weekend saying, "Azerbaijan is defending itself, its civilian population, on its own soil and with its own armed forces."

Aghayev denied that religion has played a role in the conflict and described portrayals of it as such as "propaganda advanced by Armenia and its allies."

A statement from Azerbaijan's Ministry of Defense accused Armenia of violating a temporary ceasefire this weekend.

Azerbaijani authorities said four women were among at least nine people killed when a residential building compound was hit during an Armenian bombardment of Ganja, Azerbaijan's second-largest city.

In addition to the ongoing pro-Armenian protests in Los Angeles, the Armenian community has been on the street raising millions of dollars to send back to Armenia and Artsakh as humanitarian aid, according to Maria Mehranian, president of the Glendale-based Armenian Fund. 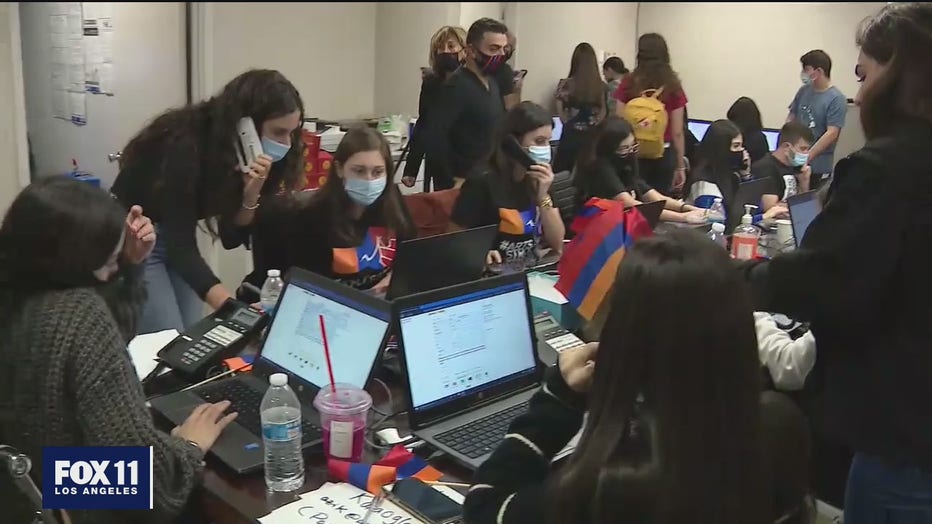 The money includes a $1 million donation to the fund by Kim Kardashian West.

"The money is going to Armenia to assist for building temporary shelters for displaced civilians, to do transport of Children that are homeless right now, medical aid for civilians that are injured, and food to make sure that they survive," Mehranian told FOX 11.