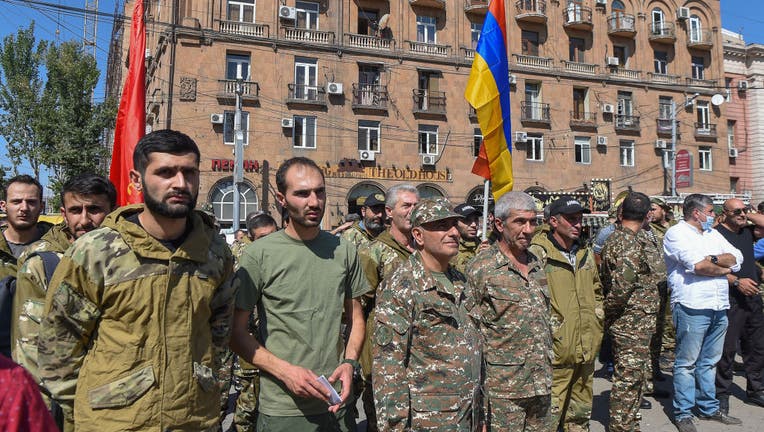 Armenia and Azerbaijan said heavy fighting is continuing in their conflict over the separatist territory of Nagorno-Karabakh also known as Artsakh.

Azerbaijan’s president said late Saturday that his troops had taken a village.

Fighting that started Sept. 27 is some of the worst to afflict Nagorno-Karabakh and surrounding areas since the end in 1994 of a war that left the region in Azerbaijan under the control of local ethnic Armenian forces.

Officials in Armenia said the capital city of Artsakh, Stepanakert, was under heavy attack Saturday by Azerbaijan.

Azerbaijan’s Defense Ministry denied any planes being shot down and said Armenian personnel had shelled civilian territory. Azerbaijan President Ilham Aliyev said his country’s army ”raised the flag” in the village of Madagiz.

Nagorno-Karabakh officials have said more than 150 servicemen on their side have been killed so far. Azerbaijani authorities haven’t given details on their military casualties but said 19 civilians were killed and 55 more wounded.

Vahram Poghosyan, a spokesman for Nagorno-Karabakh president’s, claimed Saturday on Facebook that intelligence data showed some 3,000 Azerbaijanis have died in the fighting, but did not give details.

Nagorno-Karabakh was a designated autonomous region within Azerbaijan during the Soviet era. It claimed independence from Azerbaijan in 1991, about three months before the Soviet Union’s collapse. A full-scale war that broke out in 1992 killed an estimated 30,000 people.

By the time the war ended in 1994, Armenian forces not only held Nagorno-Karabakh itself but substantial areas outside the territory’s formal borders, including Madagiz, the village Azerbaijan claimed to have taken Saturday. 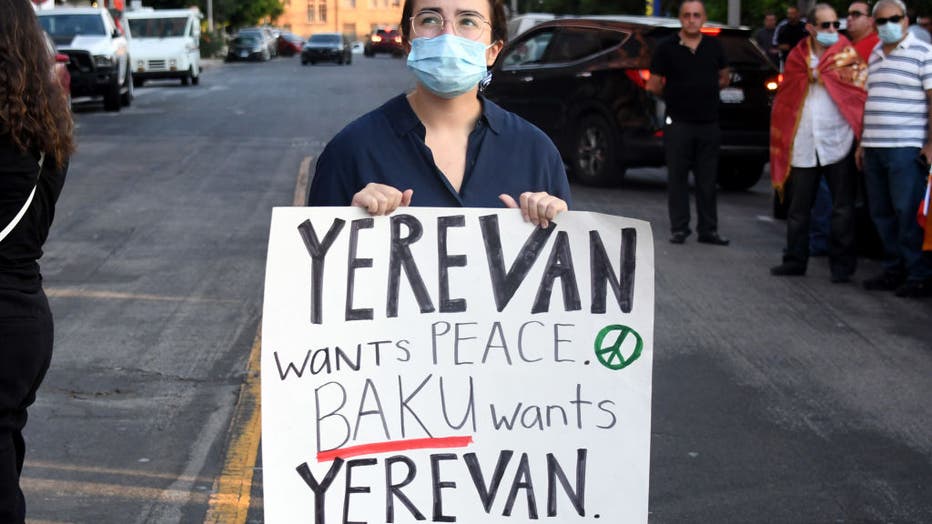 LOS ANGELES, CA - SEPTEMBER 30: Protest by the Armenian Youth Federation outside the Azerbaijani Consulate General against Azerbaijan's aggression against Armenia and Artsakh on Wednesday, September 30, 2020 in Los Angeles. (Photo by Keith Birmingham

Several United Nations Security Council resolutions have called for withdrawal from those areas, which the Armenian forces have disregarded. 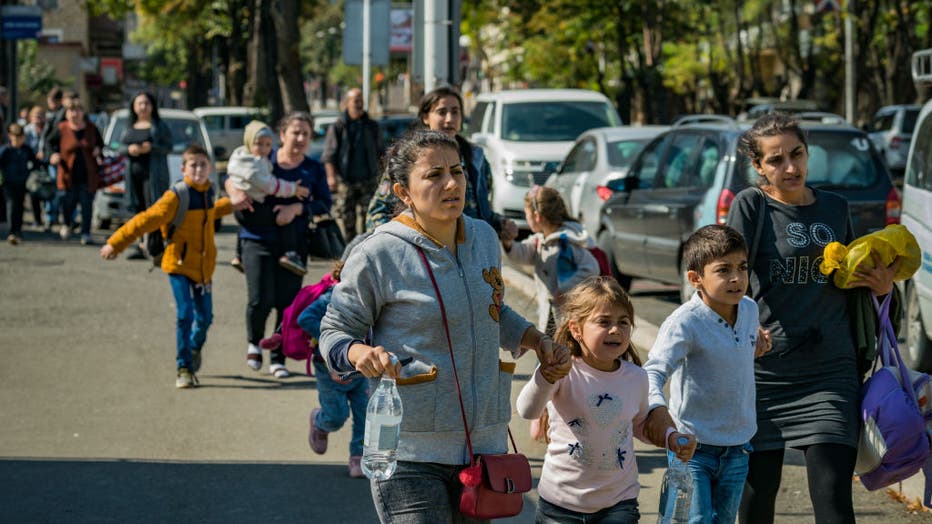 Families run to buses for their evacuation to Yerevan after increasing the azeri shelling over the city of Stepanakert during the conflict between Nagorno Karabakh and Azerbaijan, on October 3, 2020. (Photo by Celestino Arce/NurPhoto via Getty Images

Aliyev said in a television interview the Armenians must withdraw from those areas before the latest fighting can stop.

In the interview with Al Jazeera, a transcript of which was distributed Saturday by the presidential press office, Aliyev criticized the so-called Minsk Group of the Organization for Security and Cooperation in Europe, which has tried to mediate a resolution of the Nagorno-Karabakh dispute.

One reason behind the current fighting is that “the mediators do not insist or exert pressure to start implementing the resolutions of the United Nations Security Council,” he said.

“We have no time to wait another 30 years. The conflict must be resolved now.” Aliyev said.

Armenia has repeatedly claimed over the past week that Turkey sent Syrian fighters to Azerbaijan and that the Turkish military is aiding Azerbaijan’s.

“Turkey and Azerbaijan are pursuing not only military-political goals,” Armenian Prime Minister Nikol Pashinyan said Saturday in an address to his nation. “Their goal is Armenia, their goal is continuation of the genocide of Armenians.”

Some 1.5 million Armenians died in mass killings in Ottoman Turkey beginning in 1915, which Armenia and many other countries have labeled a genocide. Turkey firmly rejects that term, contends the total number of victims is inflated and says the deaths were the consequence of civil war.

Azerbaijan’s Foreign Ministry released a statement Saturday alleging that thousands of ethnic Armenians from abroad were being deployed or recruited to fight for Armenia.