Southern California residents continue to feel pain at the pump.

LOS ANGELES - The average price of a gallon of self-serve regular gasoline in Los Angeles County rose Tuesday for the 13th consecutive day, increasing a half-cent to $5.89, one day after rising 1 cent.

The average price has risen 11.6 cents over the past 13 days following a run of 28 decreases in 30 days totaling 29.6 cents, according to figures from the AAA and Oil Price Information Service. It is 6.3 cents more than one week ago, 2.3 cents higher than one month ago and $1.741 greater than one year ago. It is 18 cents lower than the record high of $6.07 set March 28. 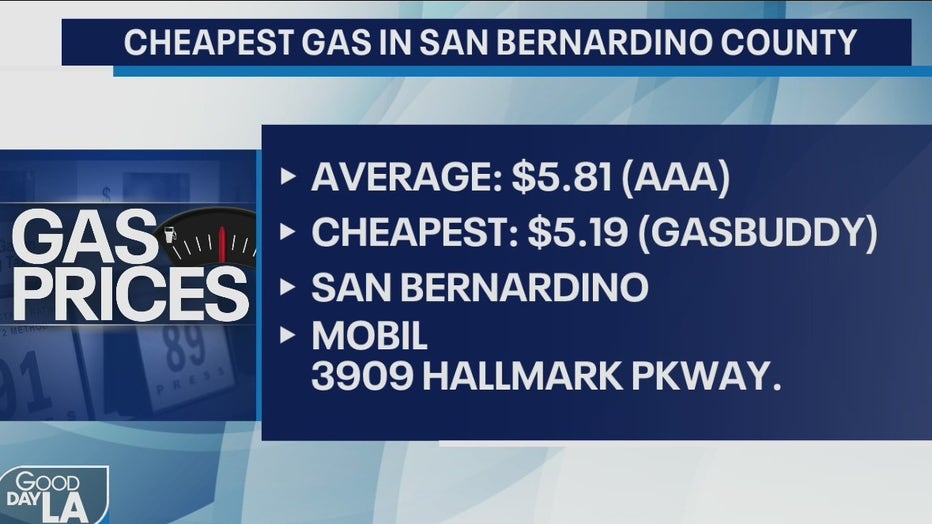 Gas prices also continue to spike in the Inland Empire with the cheapest gas priced at $5.19.