LOS ANGELES - Several protests are planned across Southern California on Friday after the Supreme Court overturned Roe v. Wade, which will give power to the states to ban abortions.

However, the decision is unlikely to have much of an impact on the Golden State. In May, California Gov. Gavin Newsom said he vows to protect abortion rights, saying "we are not going to be defeated."

On Friday, Newsom joined the governors of Washington and Oregon, as they promised to defend access to reproductive health care, including abortion and contraceptives.

The House Speaker expressed her disappointment shortly after the SCOTUS decision came down.

Below is a list of protests planned in the greater Los Angeles area on Friday:

Fullerton
The corner of N. Harbor Blvd. and E. Commonwealth Ave. at 6 p.m.

Laguna Beach
Main Beach at the corner of Pacific Coast Highway and Broadway Street at 6 p.m.

Irvine
Corner of Alton Parkway and Culver Drive at 6 p.m. 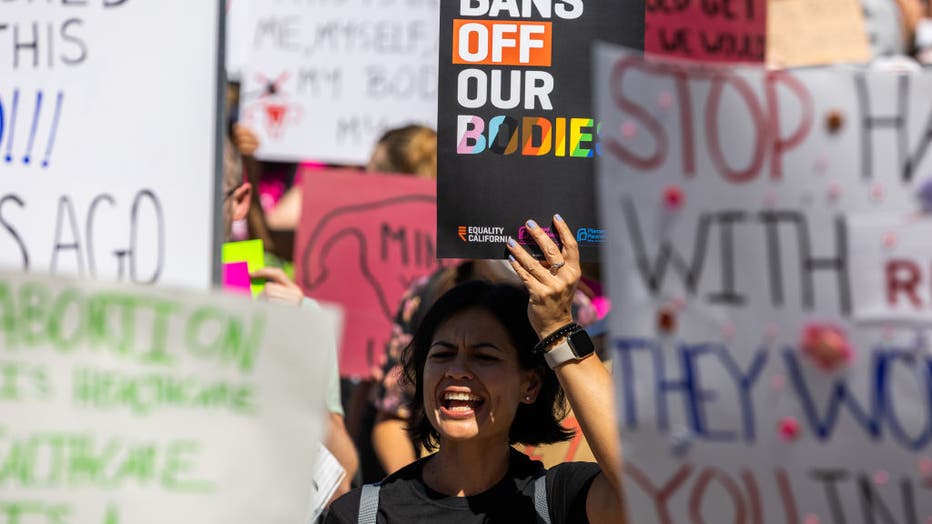 Redlands
City Hall at the corner of Citrus Avenue. And Cajon Street at 6 p.m.

SUGGESTED: State by state: Where abortion will be illegal after Supreme Court Dobbs v. Jackson ruling