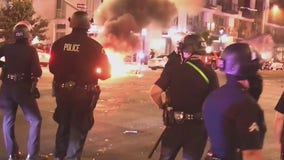 Los Angeles was bursting with excitement after the Dodgers beat out the Tampa Bay Rays to become 2020 World Series champions following Game 6 on Tuesday night. Unfortunately, some of those celebrations got out of control overnight and resulted in at least eight people getting arrested and three officers getting hurt, the Los Angeles Police Department said. 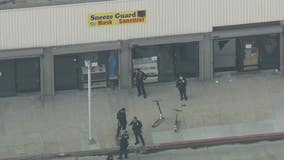 A Los Angeles Police Department officer returned fire after a woman allegedly shot at officers responding to a robbery in progress in downtown Los Angeles.