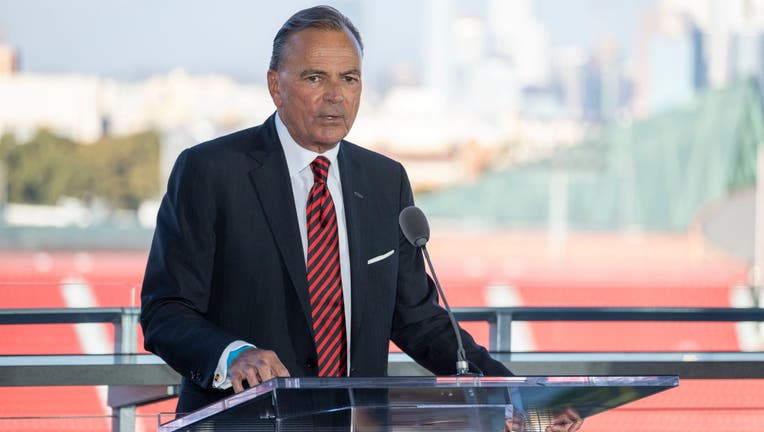 LOS ANGELES - Los Angeles mayoral candidate and billionaire real estate developer Rick Caruso said he paid more than $1.6 million in personal income taxes over the past five years, but he will not release his full tax returns, according to media reports.

Caruso — who is the developer behind shopping malls including the Grove and the Americana at Brand — claims he paid about $328,000 a year on an undisclosed amount of income, according to the Los Angeles Times, which reviewed a two-page tax report from Caruso's campaign.

Caruso also claims he and his wife Tina donated $39.6 million to charitable organizations, but the organizations were not specified. The Times reported that Caruso's family foundation has previously supported programs for disadvantaged children, minority students and medical research at the University of Southern California. Caruso served as chair of USC's Board of Trustees from 2018 to 2022.

The Times said Caruso, whose net worth is estimated by Forbes to be $4.3 billion, declined to release information about his income, but the report also claimed he paid more than $2.3 million in business income taxes.

Caruso did not provide information on how much he paid in taxes on his yacht Invictus, but claimed that he did pay taxes on it.

One of Caruso's opponents in the mayoral election, City Attorney Mike Feuer, alleged during a March 22 debate that Caruso didn't pay taxes on his $100 million yacht, which he said was registered in the Cayman Islands. Feuer challenged Caruso to release his tax returns, and Caruso responded that he would "release everything that I pay in taxes," including on the yacht, once all the other candidates on stage decide to release their tax returns.

Feuer released tax returns from the past five years the next day. He and his wife, Court of Appeals Justice Gail Ruderman Feuer, paid 27%-30% in taxes between 2017 and 2021, with their highest income at a combined $416,000, The Times reported.

Another candidate for mayor in the June 7 primary, Councilman Joe Buscaino, released the last five years of his tax returns on April 4. He and his wife Geralyn paid between 17%-23% in income taxes.

The Times also reviewed the tax returns of Rep. Karen Bass and some of Councilman Kevin de León's, who said he plans to release more information on Tuesday. The Times said Bass paid 22%-23% in taxes and De León paid 26% in 2017 and 23% in 2018.