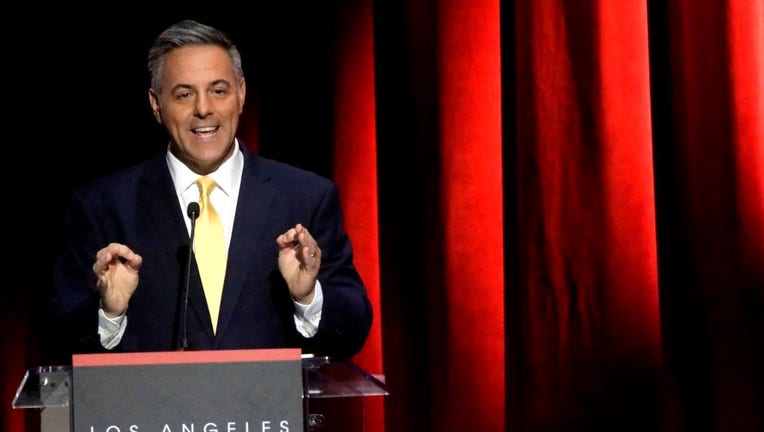 Buscaino pledged to release his taxes going back the last five years during the mayoral debate held on March 22, and on Monday FOX 11 obtained tax documents going back to 2017.

According to the documents, Buscaino, who filed jointly with his wife Geralyn, paid an average of $26,914 in federal taxes for the years 2017 through 2019, getting refunds in each of those years. The couple also paid an average of $11,548 in California state taxes during the same time period, getting an average refund of just over $2,600 a year over that time.

"In these five years of returns, you will see that both my wife and I are public servants," Buscaino said in a press release Monday. "We give to local neighborhood charities and do our best to serve our community. I love this city and that’s why I’m running for mayor - to continue to serve and move Los Angeles forward."

The donations Buscaino referring to being annual donations listed in his returns to three charities — Vietnam Veterans of America in Long Beach, the Beacon House in San Pedro and Harbor Interfaith Services, also in San Pedro.

Los Angeles City Attorney Mike Feuer broached the subject of tax documents during the debate last month, calling out fellow candidate Rick Caruso for what he considered to be a lack of transparency.

"You have I think a $100 million yacht that's registered under the flag of the Cayman Islands," Feuer said to Caruso that night. "I think that people here ought to be concerned about whether people are paying their fair share. I am. I'm prepared to release my taxes tomorrow for the next five years. Are you?"

The next day Feuer made good on his promise.

In response, Caruso told the crowd that he would release his tax documents if all the other candidates did as well. With Buscaino's announcement Monday, one more candidate has done just that.

FOX 11 has yet to obtain Buscaino's LAPD personnel file.