LOS ANGELES - Chilling new details about the final moments of rapper PnB Rock’s life were revealed in court documents as a family of three, including a 17-year-old boy, has become the center of the homicide investigation.

Now, authorities are seeking a fourth suspect who may have tipped off the family about the rapper’s whereabouts.

The rapper, whose real name is Rakim Allen, was robbed and shot inside Roscoe's Chicken & Waffles in South Los Angeles in broad daylight in front of his girlfriend, terrified patrons and staff on Sept. 12. He was rushed to a local hospital where he died.

Freddie Lee Trone, his son, and his wife Shauntel Trone have all been identified by the Los Angeles Police Department as suspects in PnB Rock's killing.

Allen, born and raised in Philadelphia, was 30 years old at the time of his death. 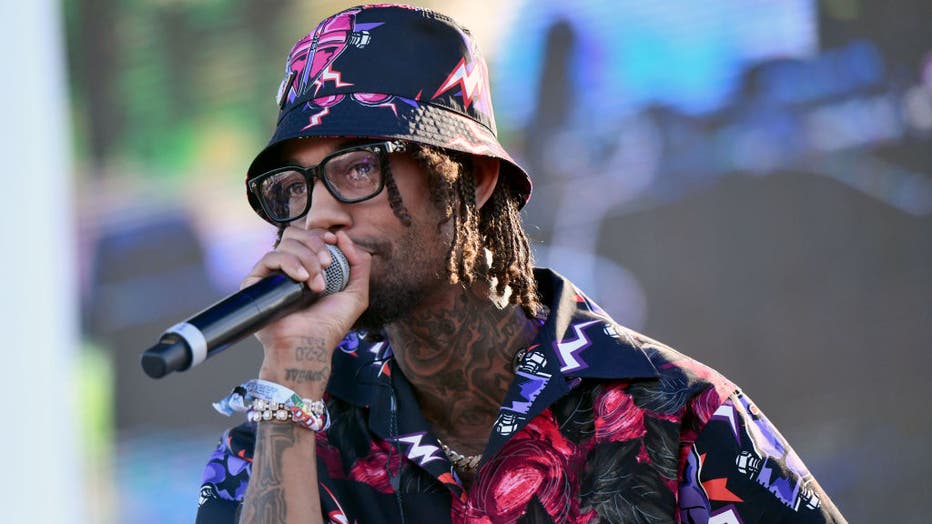 The felony complaint starts by describing a mystery man who has yet to be identified. Prosecutors say he saw Allen and his girlfriend arrive at Roscoe’s wearing expensive jewelry.

Court documents go on to say the mystery man waited outside until Freddie Lee Trone arrived. The two men reportedly had a conversation before Trone left and a short time later, returned to the restaurant with his son who prosecutors said was armed with a gun.

Trone then dropped off his son a short distance away from the restaurant. His son then allegedly entered the restaurant, walked directly to the table where the rapper and his girlfriend were dining and pointed a gun at them. Prosecutors allege the teen was heard saying "Give me all of your jewelry now!"

Moments later, the teen is accused of shooting the rapper in the chest and after he fell to the ground, prosecutors said the teen shot Allen two more times in the back. 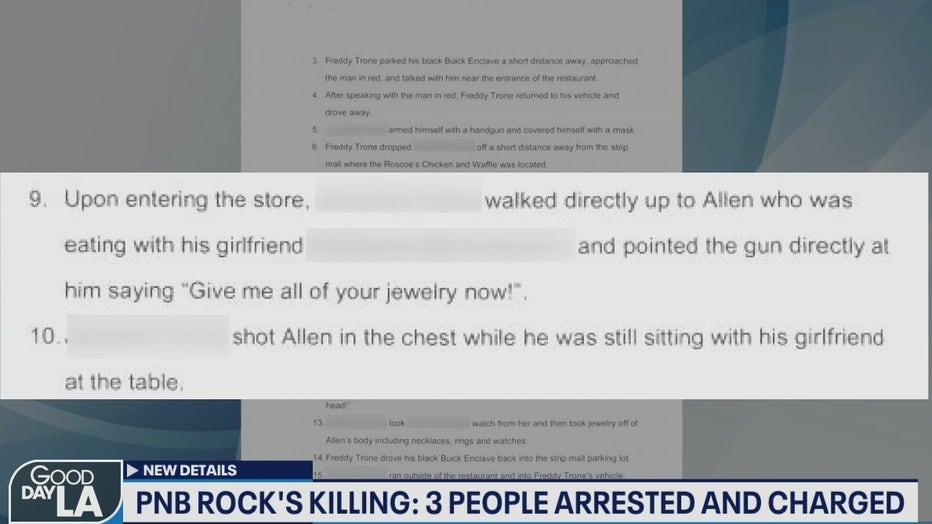 The timeline detailed in the complaint said the teen then pointed a gun at Allen’s girlfriend, Steph, saying "Show me your hands, give me that --- right now. I swear to God! I shoot you in the head!"

The teen then reportedly robbed her and took her jewelry. As the rapper was dying on the restaurant floor, prosecutors said the teenager robbed him  nd took his chains, watch, and pulled his rings off his fingers.

The timeline in the complaint ends with Freddie Lee Trone driving back to Roscoe’s to pick up his son before they went home. Before going home, they parked blocks away and the teen got rid of his shoes and his shirt.

On Wednesday, the Los Angeles Police Department released a photo of Freddie Lee Trone, who was identified as one of the suspects in the rapper's brutal killing. Freddie Lee Trone’s 17-year-old son and 32-year-old wife, Shauntel Trone, were arrested while he remained on the run.

The LA County District Attorney's Office announced murder charges against the teen and his father. 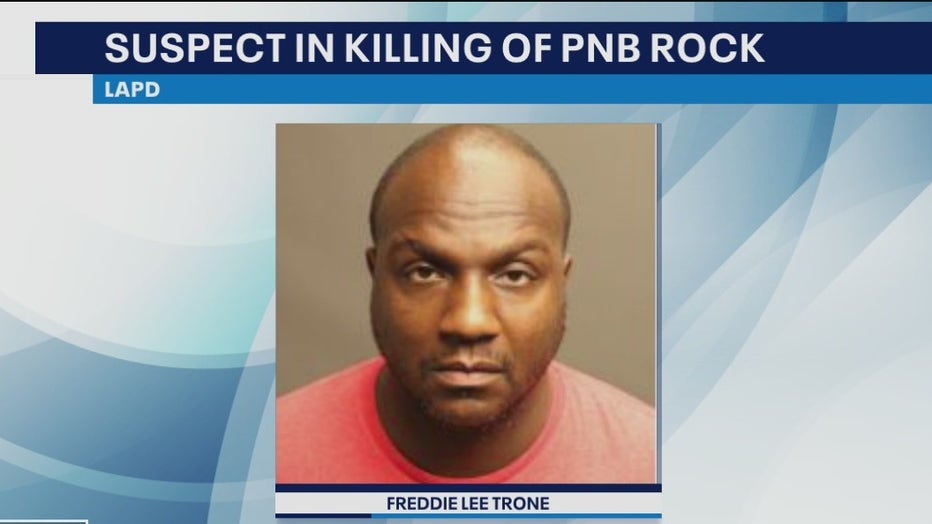 His son, who likely won't be publicly identified because he is a minor, was charged with one count each of murder and conspiracy to commit robbery. He also faces two counts of second-degree robbery and was out on probation at the time of the shooting. He was wearing an ankle monitor that apparently was not being monitored at the time of the deadly shooting. His pretrial hearing is scheduled for Oct. 19.

Freddie Lee Trone was charged with one count of murder and conspiracy to commit robbery and two counts of second-degree robbery. He was arrested in Las Vegas Thursday, where he awaits extradition to Los Angeles.

Shauntel Trone, the boy's stepmom and Freddie Lee Trone's wife, was arraigned Thursday in Compton. She pled not guilty to one count of accessory after the fact. Her involvement is unknown.

PnB Rock was best known for his 2016 hit "Selfish" and for making guest appearances on other artists’ songs such as YFN Lucci’s "Everyday We Lit" and Ed Sheeran’s "Cross Me" with Chance the Rapper. His latest song, "Luv Me Again," was released Sept. 2.