The search is on for the person who gunned down the rapper.

LOS ANGELES - Rapper PnB Rock has died at the hospital after a shooting at a treasured Los Angeles staple in broad daylight.

According to an earlier report from TMZ, the 30-year-old rapper was shot at a South Los Angeles location of Roscoe's House of Chicken 'N Waffles around 1:15 p.m. Monday.

On Tuesday morning, the rapper's passing was later confirmed by his record label, Atlantic Records.

In a tweet, the record label wrote, "PnB Rock was more than an artist. To many, Rakim Allen was a great friend. He was also a wonderful father to two beautiful little girls."

Police confirmed PnB Rock and his girlfriend were robbed before the shooting.

The identity of the suspected gunman in the deadly shooting has not been released. LAPD said the suspect drove off in a getaway vehicle but did not elaborate further. As of Tuesday morning, no arrests have been made and a detailed description of the suspect was not available.

Authorities are looking through surveillance video from cameras inside Roscoe's for any further leads. 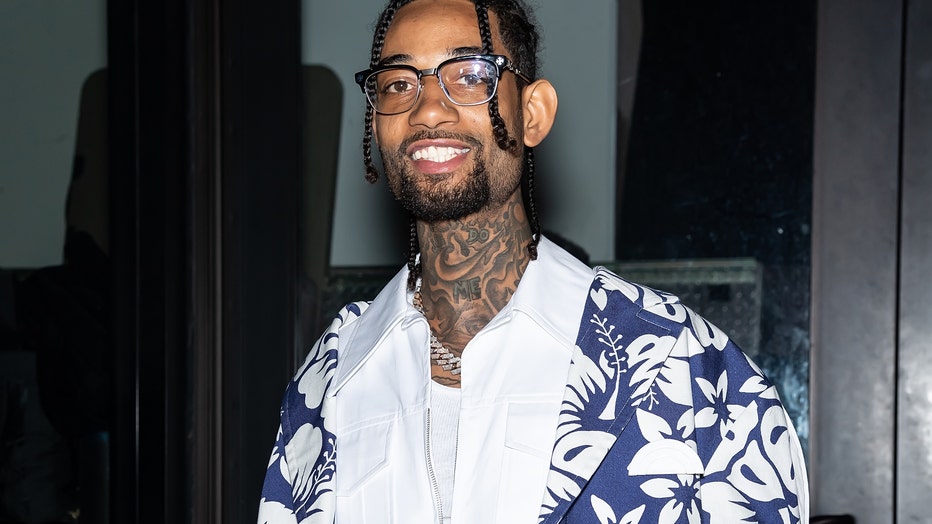 Following the shooting, fans on social media noted that PnB's girlfriend has posted the pair's location prior to the robbery.

"What we’re not going to do is have victim shaming…they have a right to share their location" community activist Najee Ali said during a news conference Tuesday afternoon. "Being murdered in cold blood was the wrong thing to happen"

At this time it's still unknown if that social media post played a part in the robbery. Authorities also noted since the incident, several fake Instagram accounts with the girlfriend's name were identified.

PnB Rock's single "Selfish" topped at 51 on the US Billboard Hot 100 in 2016. His other hits include "Middle Child" featuring late-artist Xxxtentacion and a feature on a Kodak Black song called "Too Many Years."

The report of the shooting comes as PnB Rock and entertainment personality DJ Akademics discussed crime in Los Angeles during a podcast interview.

"I really don't really be outside like that," PnB Rock said, in part, during the interview with DJ Akademiks. "I'm not going to put myself in those situations."

Community members held a news conference in South Los Angeles to express their outrage after rapper PnB Rock was murdered in broad daylight at a treasured Los Angeles restaurant.

Community leaders held a news conference outside the restaurant and scene of the crime on Tuesday afternoon to express their outrage following the rapper’s killing.

"What happened yesterday was an isolated incident," community activist Najee Ali said. "We’re here to let everyone know it’s safe to be at Roscoe’s."

Ali added he recently spoke with Councilmember Marqueece Harris-Dawson and that officials are in the process of announcing a reward for any information that will lead to the arrest of the rapper’s killer.

Skipp Townsend, a community activist and former documented gang member said he wanted to make it clear the shooting was not gang-related.

"Whenever there’s violence in the community, people say it’s related to gangs," he said. "The root cause of this is the industry. The music industry promotes the jewelry and bling bling and now people would rather have the jewelry than have someone alive."

A spokesperson with Roscoe's Chicken and Waffles issued the following statement:

"We as African American men need to stop killing one another. We need to stop pulling the trigger. There are better ways to handle different types of issues."