The remarks were made during a talk with Councilmembers Gil Cedillo and Kevin de León and L.A. County Federation of Labor President Ron Herrera, in a conversation that focused on the politically sensitive process of redrawing council district boundaries. Their talk also touched on the efforts to replace Councilman Mark Ridley-Thomas, who's been indicted on federal corruption charges.

Among other comments, Martinez belittled Bonin, who is white and has a Black son, and criticized the child for his behavior at a Martin Luther King Day parade, saying Bonin's son was misbehaving on a float, which might have tipped over if she and the other women on the float didn't step in to "parent this kid."

"They're raising him like a little white kid," Martinez said. "I was like, `this kid needs a beatdown. Let me take him around the corner and then I'll bring him back."'

At another point, Martinez recalls a conversation with businessman Danny Bakewell about possibly transferring Los Angeles International Airport out of Bonin's council district and into that of Councilman Marqueece Harris- Dawson.

The council president says she told Bakewell to "go get the airport from his little brother -- that little bitch Bonin." 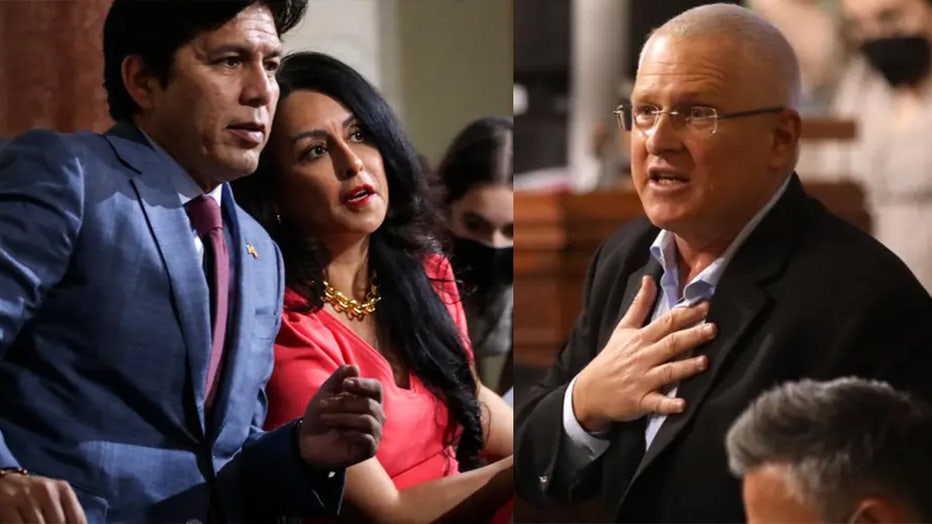 "In a moment of intense frustration and anger, I let the situation get the best of me and I hold myself accountable for these comments. For that I am sorry. The context of this conversation was concern over the redistricting process and concern about the potential negative impact it might have on communities of color. My work speaks for itself. I’ve worked hard to lead this city through its most difficult time," Martinez said in a statement to FOX 11.

De León also compared Bonin's handling of his son at the MLK Parade to "when Nury brings her little yard bag or the Louis Vuitton bag."

"Su negrito, like on the side," Martinez added, using a Spanish term for a Black person that's considered demeaning by many.

Councilmember de León also issued an apology, saying "There were comments made in the context of this meeting that are wholly inappropriate; and I regret appearing to condone and even contribute to certain insensitive comments made about a colleague and his family in private. I've reached out to that colleague personally."On that day, I fell short of the expectations we set for our leaders -- and I will hold myself to a higher standard."

Following the public apologies from Martinez and De León, Bonin released a statement saying in part "we are appalled, angry, and absolutely disgusted."

"As parents of a Black child, we condemn the entirety of the recorded conversation, which displayed a repeated and vulgar anti-Black sentiment, and a coordinated effort to weaken Black political representation in Los Angeles. The conversation revealed several layers of contempt for the people of Los Angeles, and a cynical, ugly desire to divide the City rather than serve it," the statement said.

On the subject of Ridley-Thomas' suspension, Martinez said Controller Ron Galperin would decide whether Ridley-Thomas still gets paid. 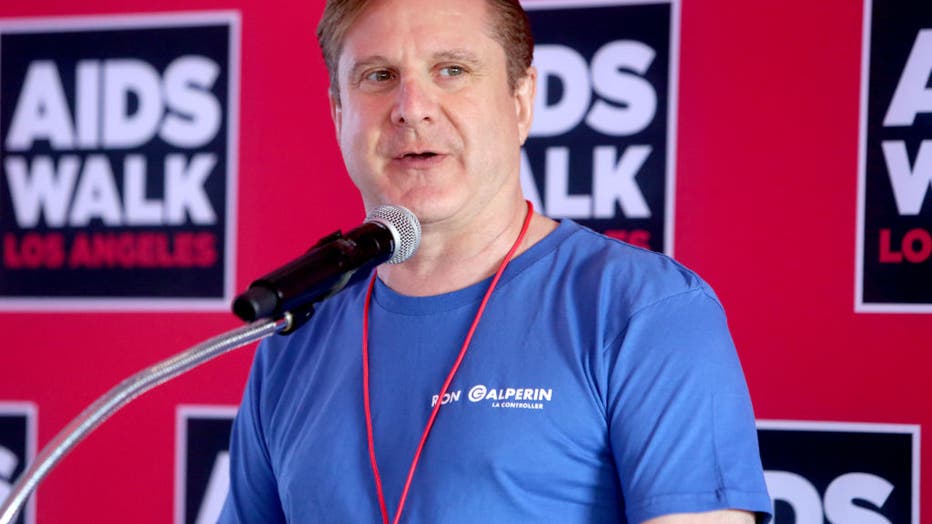 "You need to go talk to that white guy," she says. "It's not us. It's the white members on this council that will motherf--- you in a heartbeat."

Martinez also took aim at Los Angeles County District George Gascón in profane terms, after the group appeared to discuss whether Gascón would endorse Cedillo in his re-election campaign against Eunessis Hernandez.

A spokesperson for Gascón did not immediately respond to a request for comment. 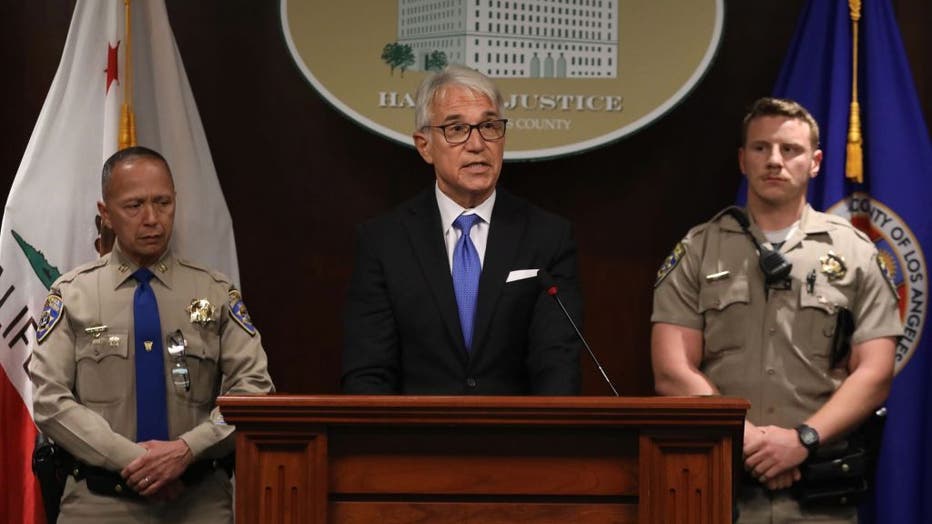 Herrera has not commented on the story, but a lawyer representing the L.A. County Federation of Labor sent a letter to The Times alleging that the conversation was recorded in violation of California's privacy and recording laws.

"I want to start by apologizing. While I did not engage in the conversation in question, I was present at times during this meeting last year. It is my instinct to hold others accountable when they use derogatory or racially divisive language. Clearly, I should have intervened. I failed in holding others and myself to the highest standard. The hurtful and harmful remarks made about my colleague’s son were simply unacceptable. We choose public life, but our families should always be off limits and never part of the political discourse."

"Their apology for using terms such as 'little monkey' to describe an African-American youth for instance promotes and reinforces the vilest stereotypes of African-Americans (and) is not enough," Hutchinson said in a statement Sunday provided to CNS. "Nothing less than a full censureship by the city council and endorsed by Garcetti will send the message that vile racist stereotypes will not be tolerated and will be quickly punished."

A short time after Hutchinson's statement, Najee Ali, founder of Project Islamic Hope, said Martinez should step down as council president, although he stopped short of calling for her resignation from the council. 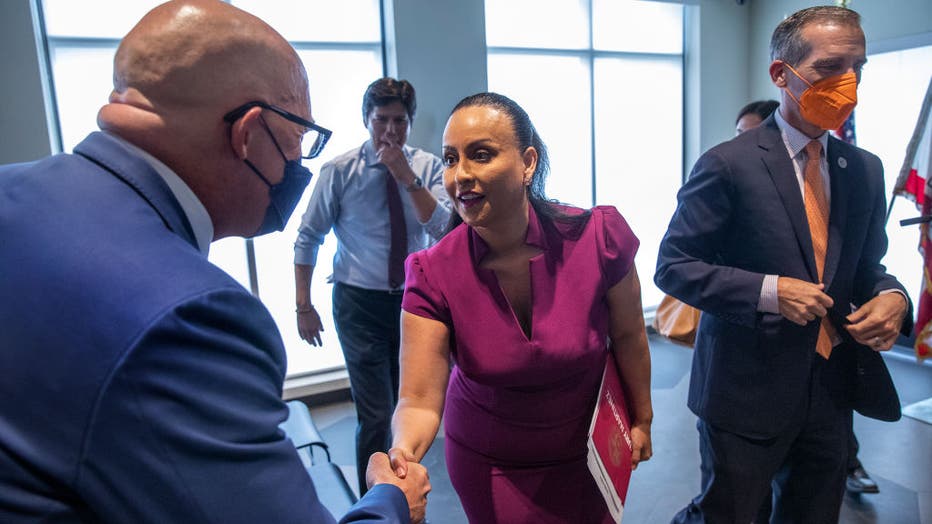 The civil rights activist said what made it even worse was that he's counted Martinez and de León as "friends and allies" over the years.

"The apology was needed, but it's not nearly enough for the injury that was inflicted upon the entire city," Ali said. "And what made it that much more damaging is that we considered them progressives. But it sounded like they were talking at a Trump rally."

Fellow councilmembers Mitch O'Farrell and Curren Price also chimed in Sunday, O'Farrell calling Martinez's comments "The tragic and unconscionable remarks," adding that "the people involved in these transgressions atone for what was said and take the action that this moment requires of them. That includes stepping down from any privileged position…" Price called Sunday "a very dark day in LA politics for African-Americans, the LGBTQ+ community, Indigenous people and Angelenos who have put their faith and trust in their local government."