The Ring security footage, which Martinez posted online, captured the two people at 1:59 a.m. spray-painting the words "End the sweeps'' on Martinez' driveway and pouring a white substance on her vehicle. 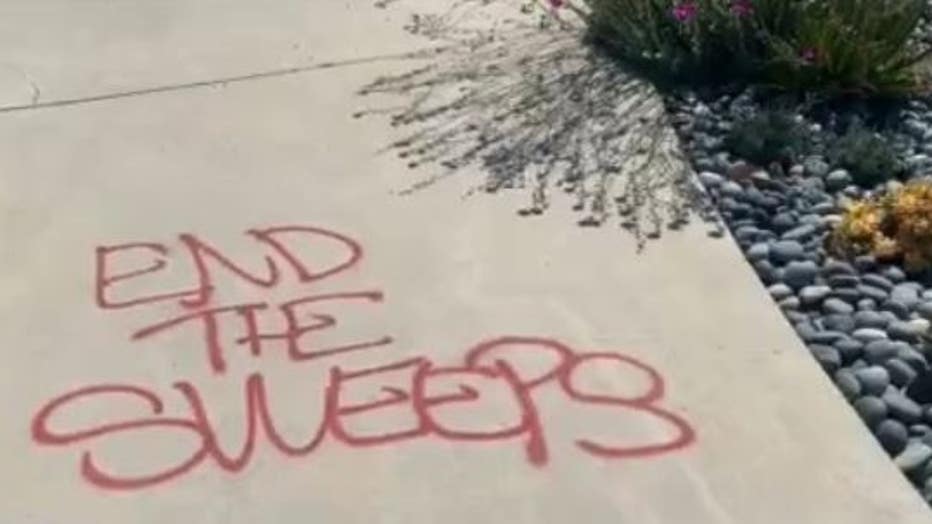 "End the sweeps'' refers to the city's practice of forced cleanups of homeless encampments, in which unhoused residents must take down their tents and move their belongings.

"My home was vandalized last night outside the window of my 12-year-old daughter. I woke up to graffiti on my home and damage to my car as I was taking my daughter to school. A line was crossed last night,'' Martinez said in a statement.

Los Angeles City Council President Nury Martinez joined FOX 11 News to talk about the recent vandalism at her house as well as who might step in for Mayor Eric Garcetti if he becomes the ambassador to India.

"A year of threats, verbal harassment and now vandalism isn't going to stop me from doing what I have to do to run this city. I do not live in fear, I do not legislate in fear, I will continue to do my job. This is my community. This does absolutely nothing to get people off the street and into housing. Shame on these cowards.''

The Los Angeles Police Department said it is investigating the vandalism and that no arrests have been made.