A young woman accused of murdering her three children -- aged 4, 3 and 1 month old -- appeared in court.

LOS ANGELES - The East Los Angeles mother who was arrested in a triple homicide investigation after her young children were found dead inside their home earlier this week was charged with three counts of murder on Wednesday, officials said.

Deputies with the Los Angeles County Sheriff's Department were called to a home located in the 600 block of Ferris Avenue around 12:45 p.m. on Monday and made a gruesome discovery upon arrival. Two young boys, identified by authorities as 1-month-old Milan Rodriguez and 3-year-old Mason Rodriguez, as well as 4-year-old Mia Rodriguez, were found unresponsive in a bedroom at the home. All three children were pronounced dead at the scene. 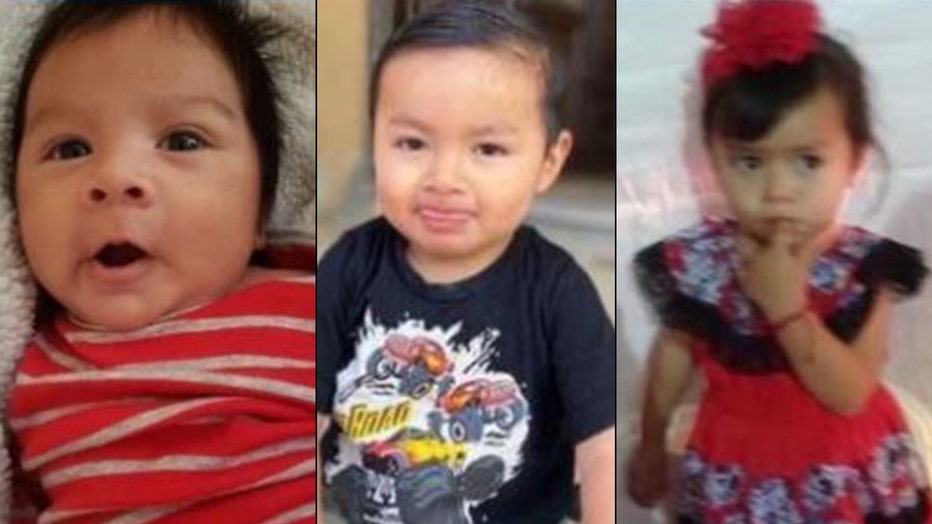 Their mother, 28-year-old Sandra Chico, was taken into questioning arrested that afternoon. She was arrested on Tuesday and was officially charged with murder on Wednesday. Her bail was set at $2,000,000.

LASD Lt. Charles Calderaro said the autopsies of the three children are underway to determine how they died and that it is too early in the investigation to speculate a motive.

"In an instant, three innocent children were taken from us and we are crestfallen. Nothing is more heartbreaking than the tragic betrayal of a parent failing to protect their children," LA County District Attorney George Gascón said in a written statement.