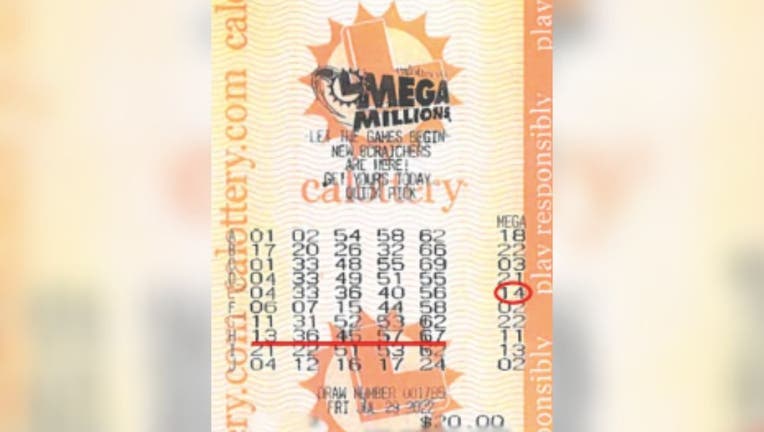 FRESNO, Calif. - A California woman who says she doesn't play the lottery often got quite lucky after hitting five of the six winning numbers during the billion-dollar Mega Millions jackpot drawing.

"It's a strange feeling to be suddenly holding onto a little piece of paper worth $4.2 million," she told California Lottery officials.

Bailey purchased her ticket at the Vons on North Cedar Avenue in Fresno.

"My first reaction was yelling out loud that we had won a million dollars, and I think there was a fair amount of jumping and doing the running man in place. After the excitement settled down a bit, I did some digging into the prize and realized we actually probably won a lot more. I saw there was someone else in California who had matched 5 numbers in a drawing, and their prize was $2.9 million. With the jackpot amount so much higher on this drawing, and the number of tickets being sold, I knew I had probably won more than $2.9 million. I didn't know until the next morning when I got up that I had actually won $4.2 million!" she told lottery officials.

Her money will go to family, she said, especially her parents to enjoy their retirement. She said she will also donate to charitable organizations, as well as save some and take a vacation.

"You never know if you can get lucky twice!" she told lottery officials.