2 arrested in robbery of 3 men they followed from Hollywood strip club: LAPD

Two people have been arrested in connection with the robbery of three men who were followed from a strip club in the Fairfax area, according to the Los Angeles Police Department.

LOS ANGELES - Two people have been arrested in connection with the robbery of three men who were followed from a strip club in the Fairfax area, according to the Los Angeles Police Department.

The incident happened in the early morning hours of July 6. Police said the three victims had just left the Crazy Girls adult entertainment club in Hollywood and stopped at a gas station in the 7800 block of Melrose Avenue.

That's when police said six suspects got out of two suspect vehicles that pulled up to an alley behind the gas station and pointed handguns at the three victims, stealing an unspecified amount of jewelry, money, and phones before driving away from the scene.

Officials said the six suspects were also present at the strip club at the same time as the victims and followed them when they left.

Two suspects were arrested after a search warrant conducted at a Hollywood apartment connected to the pair linked them to the robbery. 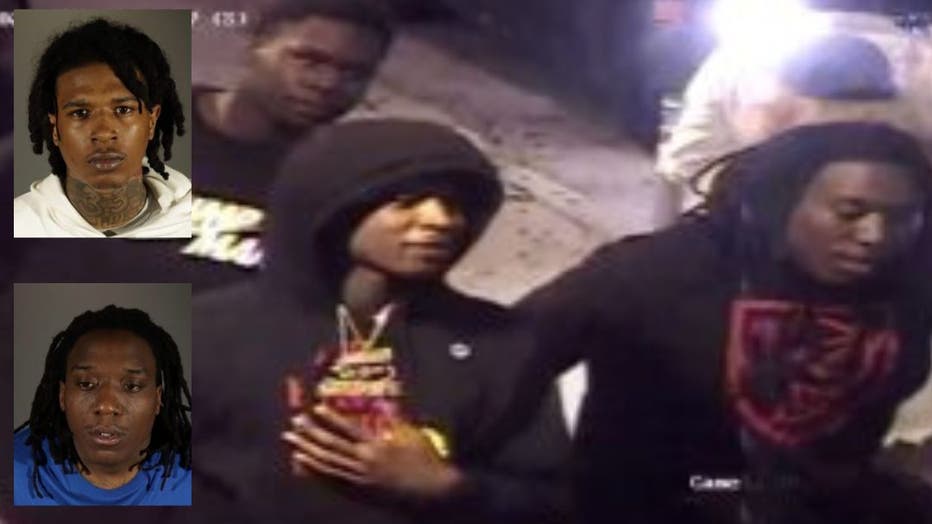 Both suspects were out on bail for gun charges when they were arrested on Aug. 22, according to police.

Detectives believe the suspects may be involved in other robberies and are seeking to identify the remaining suspects.

Anyone with information about this incident, additional incidents involving these suspects, or for more information, is asked to call Detective Marsden and Detective Hammer at the Follow Home Robbery Task Force at Robbery-Homicide Division (213) 486-6840. You can also call 1-877-LAPD-24-7 (1-877-527-3247). Anyone wishing to remain anonymous should call the LA Regional Crime Stoppers at 1-800-222-TIPS (800-222-8477) or go directly to www.lacrimestoppers.org.