Dodger fans celebrate on the streets of Echo Park

Dodger fans celebrate on the streets of Echo Park after the boys in blue win the World Series!

Minutes after the Los Angeles Dodgers won the World Series, the NBA champion took to social media to call for a citywide celebration for both the Lakers and the Boys in Blue. 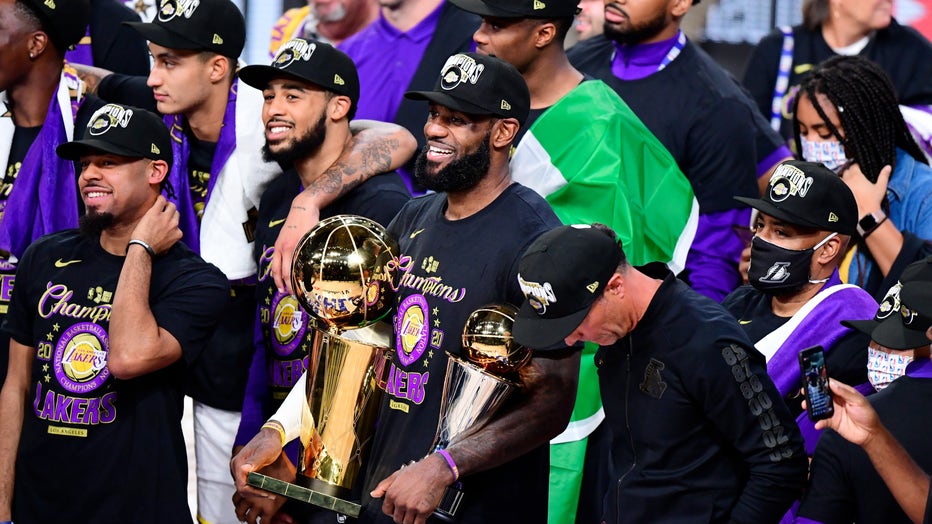 LAKE BUENA VISTA, FLORIDA - OCTOBER 11: LeBron James #23 of the Los Angeles Lakers reacts with his MVP trophy and Finals trophy after winning the 2020 NBA Championship over the Miami Heat in Game Six of the 2020 NBA Finals at AdventHealth Arena at th

As James made his case, Dodgers star Cody Bellinger appears to be all-in on the NBA Final MVP's plea. Bellinger tagged Los Angeles mayor Eric Garcetti to see if the city would grant James' wish.

As of Tuesday night, a parade appears to remain out of the picture for Los Angeles. Garcetti urged Angelenos on social media to keep in mind that "COVID-19 is still here and still dangerous."

Dodgers icon Vin Scully took to social media to urge fans to celebrate "properly." The broadcast legend said in a video message he hopes Los Angeles can set an example for the rest of the country.

"Let's do it the way the Dodgers did: With pride in themselves and pride in our great city. Let's show the rest of the country that we know how to celebrate the proper way," said the 92-year-old.