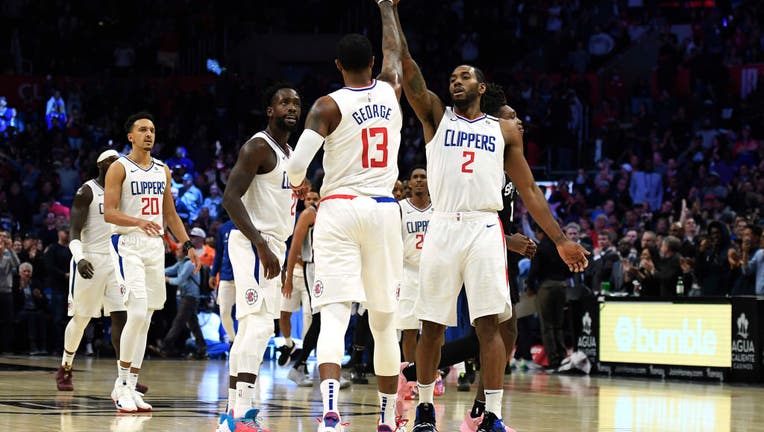 LOS ANGELES - With new head coach Ty Lue leading the force, the Los Angeles Clippers are hoping to bounce back after a wildly disappointing end to the 2019-2020 NBA season.

The Clippers entered the season with high expectations after landing superstars Kawhi Leonard and Paul George during the 2019 offseason. With Leonard and George joining defensive ace Patrick Beverly and scoring machine Lou Williams, many predicted that 2020 was going to be the year the Clippers were not only going to unseat the Lakers as "Kings of Los Angeles" but also capture the franchise's first NBA championship.

In the end, load management, and the team's lack of grit, stamina and chemistry cost them and they failed to even make the franchise's first trip to the Western Conference Finals.

All around,  the Clippers had a disastrous trip to the NBA playoff bubble in Central Florida which kept Clipper Nation's dream of an NBA title run from becoming a reality. The Clippers blew a 3-1 series to the Denver Nuggets and eventually got eliminated in the semifinals of the NBA playoffs.

The disappointing end to the season prompted the team to fire head coach Doc Rivers and George was thrust into the center of social media scrutiny after failing to live up to his self-given nickname, "Playoff P."

Now with Tyronn Lue leading the way as the new head coach and an elite class of assistant coaches, Leonard and the Clippers are hoping to get the last laugh in the 2020-2021 NBA season.

FOX 11 is tracking the latest offseason moves heading into the 2020-2021 NBA season:

Former Charlotte Hornets and Portland Trailblazers swingman Nicolas Batum is expected to sign with the Clippers, according to a report from The Athletic's Shams Charania.

Serge Ibaka, arguably one of the best big men in the league, opted to leave Toronto and will sign a two-year deal with his new squad in Los Angeles. He reunites with his pal, Kawhi Leonard. Together, the two have produced some of the funniest NBA memes in recent memory.

In a move that left Clippers Nation stunned, Center/Forward and reigning Sixth Man of the Year Montrezl Harrell signed with the Los Angeles Lakers