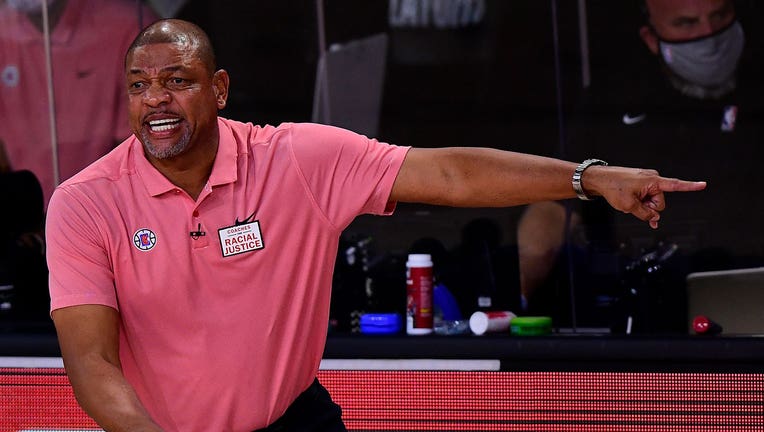 Doc Rivers of the LA Clippers reacts during the first quarter against the Denver Nuggets in Game Seven of the Western Conference Second Round during the 2020 NBA Playoffs at AdventHealth Arena at the ESPN Wide World Of Sports Complex on September 15,

LOS ANGELES - Following a disappointing end to a season that saw the team fall short of the NBA Finals, Doc Rivers was ousted on Monday as coach of the Los Angeles Clippers.

Doc Rivers tweeted a statement shortly after the announcement on Monday, confirming his departure, which said, "Thank you Clipper Nation for allowing me to be your coach and for all your support in helping make this a winning franchise.  When I took this job, my goals were to make this a winning basketball program, a free agent destination, and bring a championship to this organization.  While I was able to accomplish most of my goals, I won't be able to see them all through. Though it was a disappointing ending to our season, you are right there and I know what this team is capable of accomplishing with your support.  Thank you to all the players, coaches, and staff for helping us get here. Most importantly, thank you to the fans. We went through a lot, and I am grateful for my time here."

The Clippers were defeated in the second round of the playoffs, after blowing a 3-1 lead with the Denver Nuggets. Denver advanced to the Western Conference Finals, but lost to the Lakers in five games.