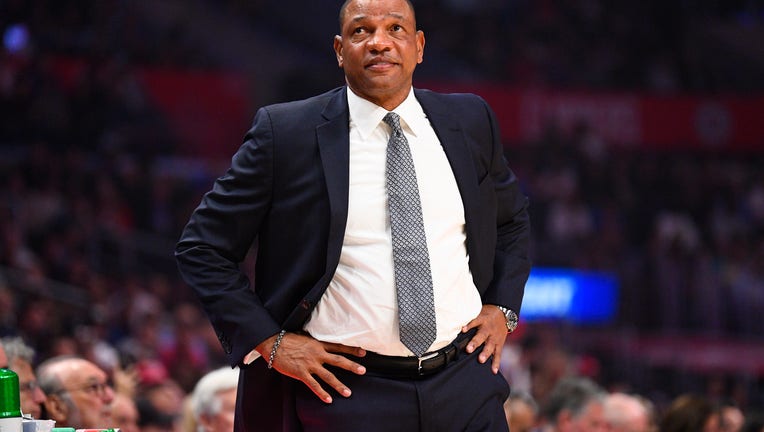 PHILADELPHIA - The Philadelphia 76ers on Saturday officially announced the hire of Doc Rivers as the team's next head coach.

News on the Sixers courtship of Rivers, a veteran NBA coach with more than 20 years experience, began after he was let go from his post with the Los Angeles Clippers. Rivers and the Sixers reportedly came to a 5-year agreement during a meeting in Philadelphia last week, according to ESPN's Adrian Wojnarowski.

Rivers, 58, was let go by the Los Angeles Clippers after blowing a 3-1 series lead against the Denver Nuggets in the Western Conference semifinals. Despite the offseason additions of Kawhi Leonard and Paul George, Rivers was unable to push the Clippers to their first NBA conference finals appearance.

Rivers spent seven seasons with the Clippers, making the playoffs in six of them — a major success for a once-woebegone franchise. He went 356-208 overall, giving him the most wins and the most playoff appearances in franchise history.

Rivers commanded the Boston Celtics to an NBA Championship over the Los Angeles Lakers in 2008. Rivers coached 9 seasons in Boston and ranks third in franchise wins (416) behind NBA legends Red Auerbach and Tommy Heinsohn.

Rivers began his career in Orlando and pulled the Magic to three consecutive playoff appearances from 2000-2003 before being fired 11 games into the 2004 season.

A Chicago native, Rivers played in parts of 14 seasons in the NBA making the playoffs 10 times as a player. He wan an NBA All-Star in 1988 and his no. 31 jersey has been retired by Marquette University.