'These kids come from good families': Dad of teen girl who survived fentanyl scare speaks out

A 15-year-old teen girl miraculously survives a fentanyl scare. Her best friend, however, could not make it. Heather's parents tell FOX 11 they have talked to their daughter about the dangers of drugs.

LOS ANGELES - The father of a 15-year-old girl who survived an apparent fentanyl poisoning on school grounds Tuesday spoke to FOX 11 about the incident.

Gregory Wheatley said his daughter, Heather, was hospitalized for days following the poisoning at Bernstein High School Tuesday. She is now out of the hospital.

Heather and her best friend, Melanie Ramos, purchased what they believed were Percocet pills, but the drugs were laced with fentanyl, according to authorities. Ramos was found dead in the school's bathroom while Heather was found outside of the school by her mother's boyfriend Tuesday.

Wheatley said Heather's mother went to the school to ask for help finding her daughter after she hadn't heard from her for hours. 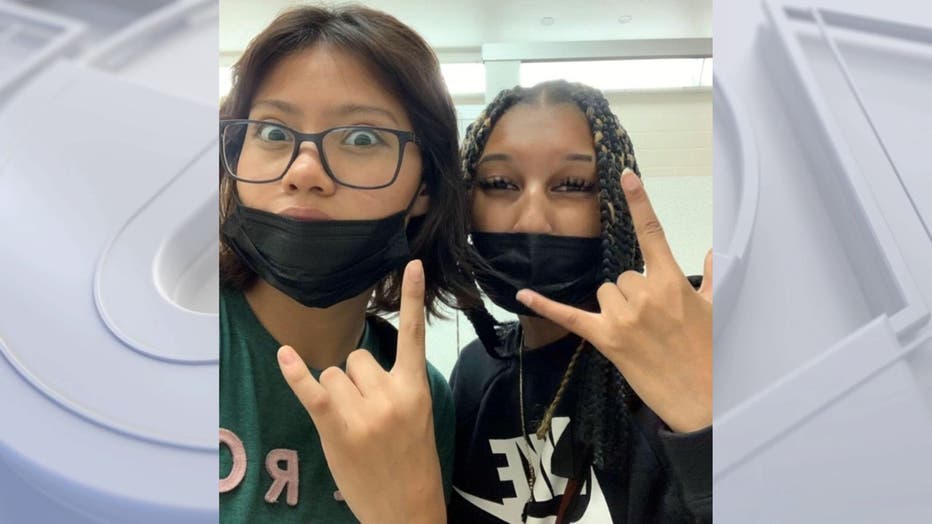 "They didn't take the initiative to have someone walk across the campus or go to the bathroom [to check]. They were laying on the cold floor for five hours in a high school," said Wheatley.

Wheatley said his daughter suffered several injuries from the poisoning, and mentally she isn't doing well either.

"She has a strain around her heart muscle and the central nervous system is involved, so she couldn't move her legs and she was out of it for the first two days. She just lost her best friend, so we're giving her time. We're not pressing her about anything. We're just letting her heal. We're devastated," said Wheatley.

Wheatley said he and Heather's mom always talk to their kids about drugs and other concerns.

"We talk to our kids. We tell our kids about the dangers of all types of things in life. We can't watch our kids when they go to school," said Wheatley.

Wheatley said this incident could have and has happened in other places to other kids, and parents are not to blame.

"This could have happened elsewhere. I understand people want to point the finger and say well if the parents would talk to their kids and inform them about this, but we're talking about kids who are going to good schools. These kids come from good families. Melanie has a good family so for them to say it's the parenting, or it's this, no, it's the times we're living in. This is an epidemic," said Wheatley.

Wheatley said Heather and Melanie had been best friends since 5th grade and both were new to Bernstein High School this school year.

"They just started going to Bernstein. It's not like they know the area of where to go to find drugs. These kids don't know where to find drugs in Hollywood. They come from a whole different part of town. It's unbelievable, and it's unacceptable because we never would have expected it to happen there," said Wheatley.

He said his daughter had never gotten into trouble before.

"She's a good girl. They're good kids. She doesn't get in any trouble. At the previous school, she's never been in any trouble.  Kids are going to do certain things, and we do the best we can as parents," said Wheatley.

Two teens, 15 and 16 years old, have been arrested on suspicion of selling fentanyl-laced pills resulting in the recent poisonings of high school students in the Hollywood area, including Ramos and Heather.

Police were unable to publicly identify the suspects by name due to the fact that they are minors. Both suspects are students at Apex Academy, which operates on the Bernstein High campus. Despite operating on the high school campus, the public charter school is independent of the Los Angeles Unified School District.