LOS ANGELES - No, it wasn't an earthquake that residents in the Los Angeles area felt on Friday morning, it was a "sonic boom," according to Seismologist Dr. Lucy Jones.

"People have been asking about the ‘earthquake’ in LA around 9:20 this morning. Many people report feeling it but the seismograms clearly show the earth was not moving, only the air. So it was a sonic boom," Jones wrote on Twitter.

The distribution of people who felt the sonic boom strongly suggests the source was a supersonic aircraft over the ocean, according to the U.S. Geological Survey and Dr. Jones. 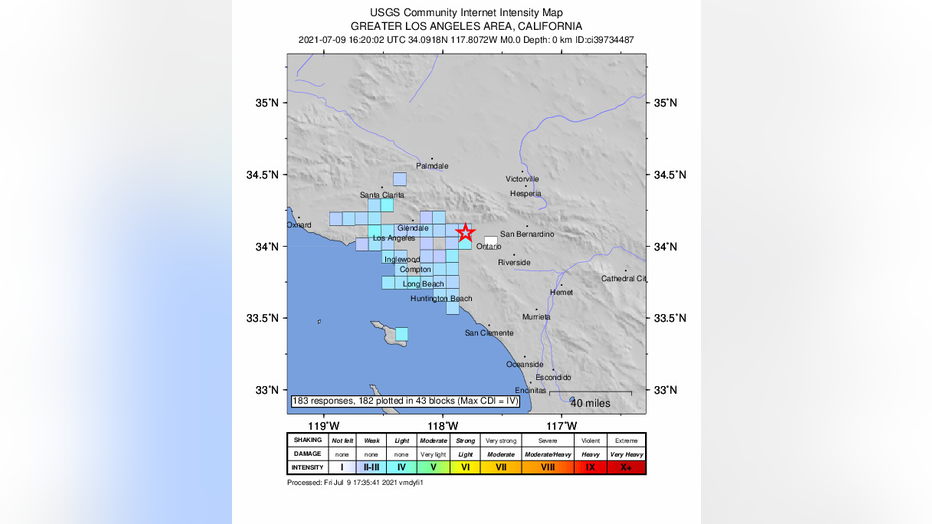 The sonic boom was reported at 9:20 a.m. a little over a mile south of San Dimas, USGS reported.

According to NASA, a sonic boom is a thunder-like noise a person on the ground hears when an aircraft or other type of aerospace vehicle flies overhead faster than the speed of sound, or "supersonic."

At this time, there was no word on what aircraft flew over the area that caused the sonic boom.