Pursuit ends in PIT maneuver and crash in North Hills

The assault suspect led authorities on a chase from Burbank to North Hills.

LOS ANGELES - An assault suspect was taken into custody after leading authorities on a pursuit from Burbank to North Hills on Wednesday morning.

The pursuit began in Burbank around 5 a.m. before moving to Porter Ranch and then Granada Hills on the westbound lanes of the 118 Freeway. The suspect driving a white pickup truck then merged onto the southbound lanes of the 405 Freeway.

As the suspect made his way to North Hills, he got off the freeway and onto Nordfoff Street to Sepulveda Boulevard where California Highway Patrol officers used a PIT maneuver and were successful in stopping the suspect just after 5:20 a.m. 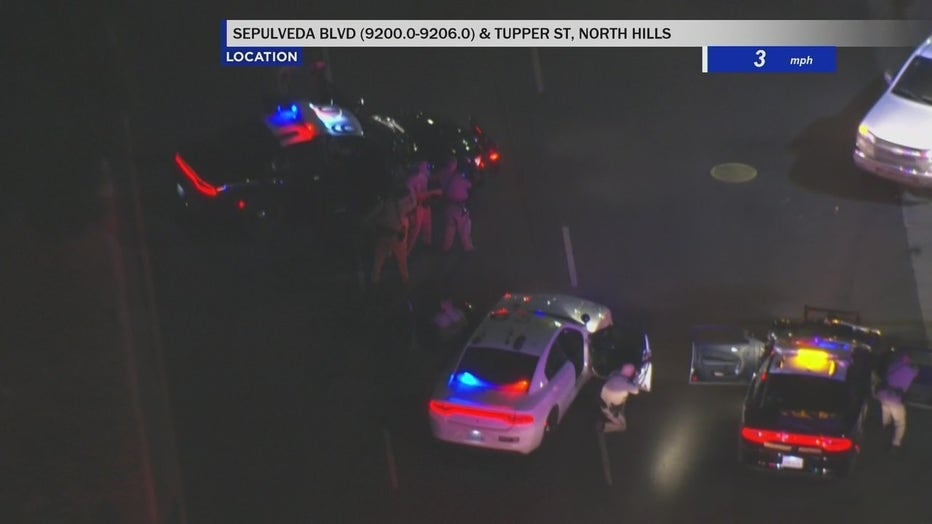 The pursuit then shifted to a standoff situation. It was unclear if the suspect was hurt as he refused to surrender to authorities.

Around 5:30 a.m., CHP officers approached the vehicle and dragged the suspect from the truck where he was subsequently taken into custody.