One person was killed and five others were injured in a shooting at a church in Laguna Woods in Orange County Sunday. Orange County officials say they believe the congregates of the church restrained and hogtied the shooter before deputies arrived.

LAGUNA WOODS, Calif. - One person was killed and at least four others were injured after a shooting at a church in Laguna Woods Sunday afternoon, according to the Orange County Sheriff's Department.

The shooting happened shortly before 1:30 p.m. Sunday, at the Geneva Presbyterian Church, according to OCSD. One person was pronounced dead at the scene. Five other people were shot, four of whom were in critical condition, and one other who had suffered only minor injuries.

The suspect was identified by Orange County authorities Monday as 68-year-old David Chou of Las Vegas. Authorities say Chou traveled to the area the Saturday before the shooting.

Dr. John Cheng, 52, was killed Sunday. According to witnesses, Cheng charged the suspect, 68-year-old David Chou of Las Vegas, trying to disarm him, which allowed other parishioners to intervene. A pastor threw a chair at Chou, and together the congregants were able to hogtie Chou before law enforcement arrived. 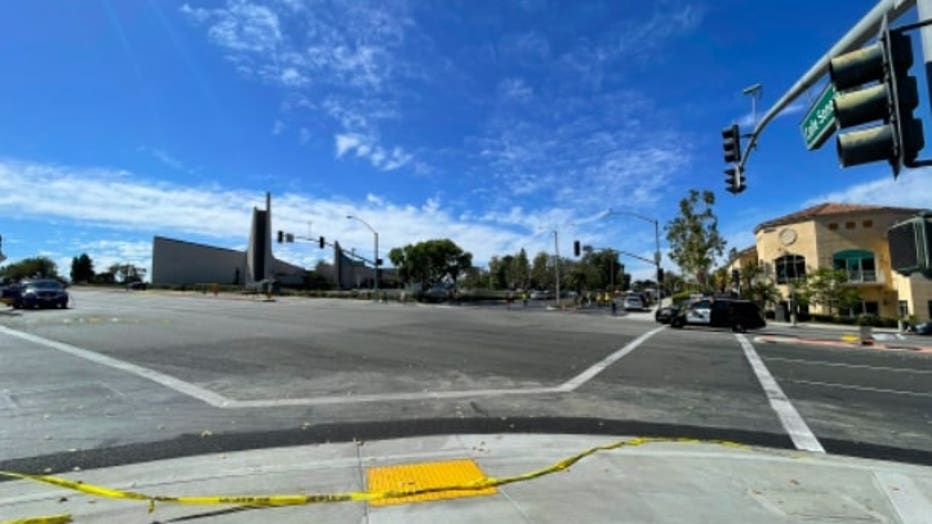 One person was killed and four others critically wounded in a shooting Sunday afternoon at a Presbyterian church in a suburban Southern California community where the majority of residents are seniors, officials said. A suspect was in custody. / FOX

After Cheng tackled Chou, he was shot multiple times and died at the scene, authorities said. He leaves behind a wife and two children. Authorities described Cheng as a "beloved member of the community, known for his hard work and work ethic in sports medicine." Orange County District Attorney Todd Spitzer called the actions of the doctor and the other parishioners "the most heroic activity one could ever imagine."

"He sacrificed himself so that others could live," Spitzer said of Cheng. "That irony in a church is not lost on me."

According to the Orange County Sheriff, about 40 people were inside the church at the time of the shooting. Police are investigating the shooting as a potential hate crime, saying that Chou may have been targeting the Taiwanese community. 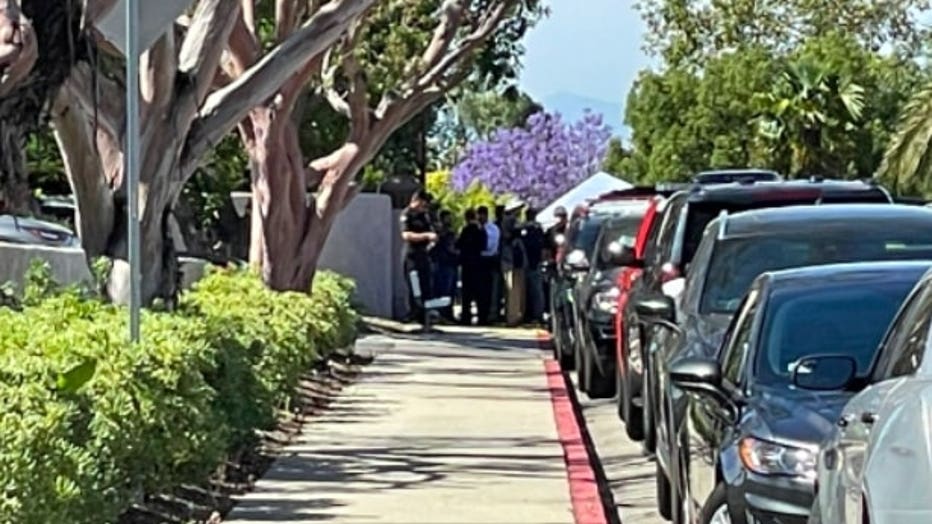 "No one should have to fear going to their place of worship," Newsom's statement said. "Our thoughts are with the victims, community, and all those impacted by this tragic event."

California Senator Dave Min, who represents the area, called it, "almost unthinkable that Laguna Woods would be hit by the specter of gun violence. But of course, that is the America we live in, where no place and no one is immune from gun violence," while Assemblywoman Cottie Petrie-Norris called it, "devastating news. My heart goes out to the Geneva Presbyterian Church and entire Laguna Woods community."

Sunday's shooting comes just one day after a man killed 10 people at a supermarket in Buffalo, NY, in what officials are investigating as a hate crime. Back in February, a man shot and killed five people including his daughters at a church in the Sacramento area.

Buffalo Mayor Byron Brown chimed in on Twitter Sunday, saying, "Enough is enough! The news of the shooting at a church in Laguna Woods, CA is absolutely sickening. No community should have to go through the trauma of a mass shooting."

According to the nonprofit research group Gun Violence Archive, Sunday's shooting at Geneva Presbyterian marks the 18th mass shooting in the state of California in 2022.