One person was killed and five others were injured in a shooting at a church in Laguna Woods in Orange County Sunday. Orange County officials say they believe the congregates of the church restrained and hogtied the shooter before deputies arrived.

A pastor who was visiting his former congregation at the Laguna Woods, California, Taiwanese Presbyterian Church helped subdue a shooter Sunday by hitting him with a chair, according to a witness.

"I heard the gun sounds," Geneva Presbyterian Church congregant Jerry Chen, 72, said according to the Los Angeles Times. "Then I heard two or three more gunshots. He was just randomly shooting."

The shooting unfolded in the Orange County city before 1:30 p.m. Sunday after churchgoers enjoyed lunch and were taking photos with former pastor Billy Chang who was visiting the U.S. after moving to Taiwan two years ago. 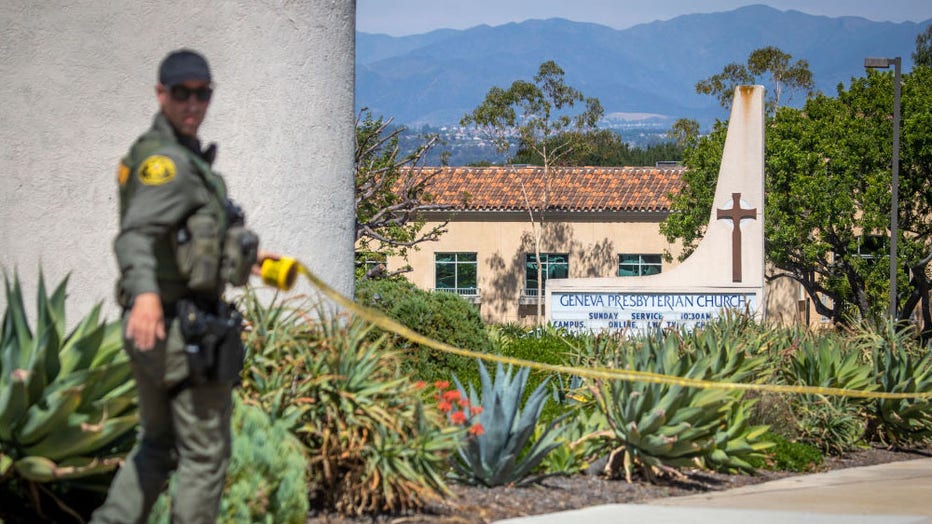 The gunman opened fire on the roughly 40 people gathered, injuring five and killing one. Chen told the LA Times that the congregation is composed of mostly elderly, retired Taiwanese immigrants, with an average age of 80.

As the gunman stopped to reload his weapon, Chang was seen hitting him with a chair, Chen recounted. Other parishioners then jumped into action and tackled the gunman before hogtying him with an extension cord.

"It was amazing how brave (Chang) and the others were," Chen said. "This is just so sad. I never, ever thought something like this would happen in my church, in my community."

Chang was the pastor of the congregation for 20 years and was visiting the church for the first time since moving to Taiwan two years ago.

"That group of churchgoers displayed what we believe is exceptional heroism and bravery," Undersheriff Jeff Hallock said, according to the LA Times. 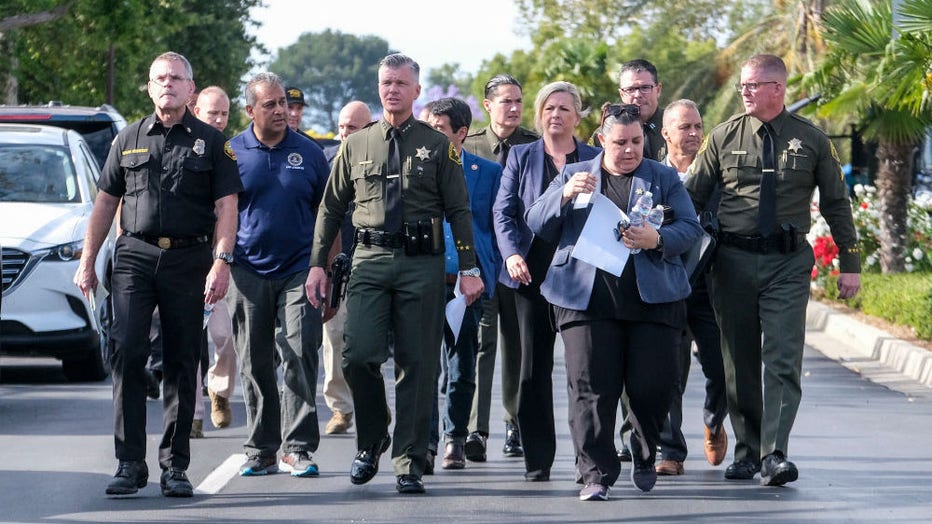 Police officers arrive to a press conference after a shooting inside Geneva Presbyterian Church in Laguna Woods, California, on May 15, 2022. (RINGO CHIU/AFP via Getty Images)

"It’s safe to say that had they not intervened this situation could have been much worse," he added.

Before services began Sunday, the parishioners greeted the gunman and welcomed him to their church. The gunman allegedly told members of the congregation that he had visited the church before, but no one recognized him, Chen recounted.

Information on the shooting is still forthcoming, but police revealed an Asian man in his 60s was taken into custody. Law enforcement sources told the LA Times that the 68-year-old man is a Las Vegas native with no clear connection to the church. 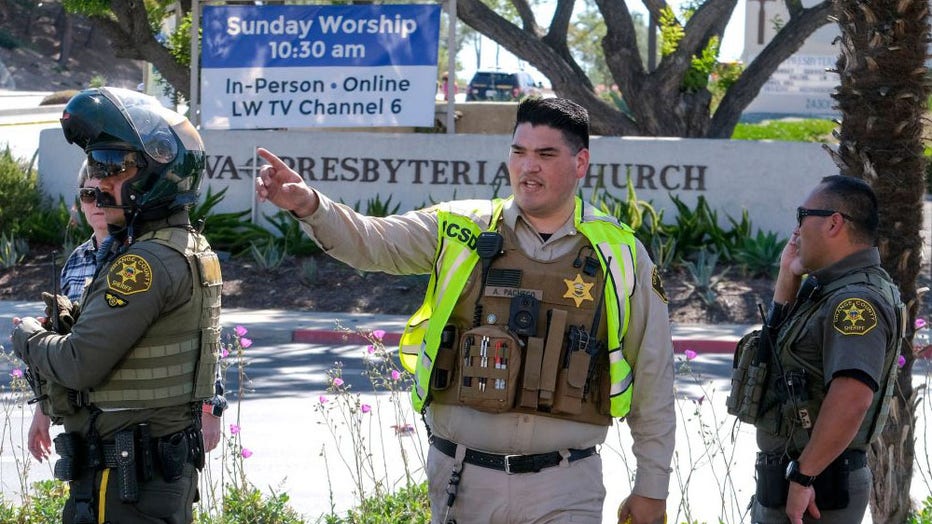 Police investigate after a shooting inside Geneva Presbyterian Church in Laguna Woods, California, on May 15, 2022. (RINGO CHIU/AFP via Getty Images)

Those wounded by gunshots included four Asian men, ages 66, 75, 82 and 92, and an 86-year-old Asian woman, the sheriff’s department said.

Gov. Gavin Newsom’s office said they are monitoring the situation closely on Sunday and denounced the tragedy.

"No one should have to fear going to their place of worship. Our thoughts are with the victims, community, and all those impacted by this tragic event," the office tweeted.

The Associated Press contributed to this article.