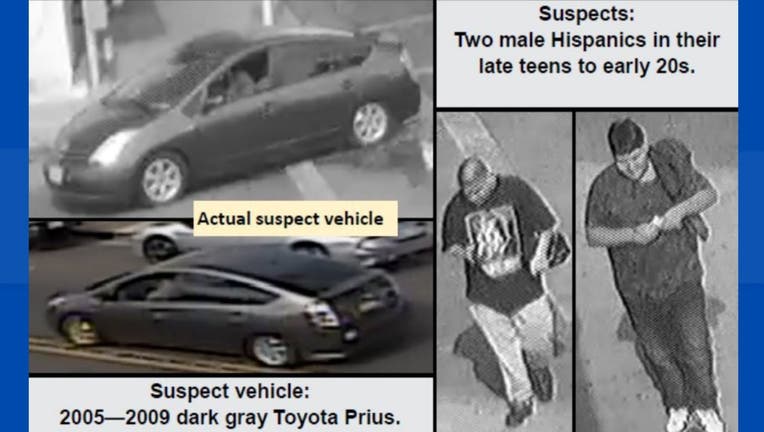 LOS ANGELES - The Los Angeles County Sheriff's Department is offering a $20,000 reward to help find suspects they say are responsible for the 2020 stabbing death of Lentrail Hicks.

According to the department, Hicks, 31, was walking home on Nov. 7, 2020, when was assaulted by two people near the intersection of 66th Street and Compton Avenue in the Florence-Firestone area of Los Angeles. Two days later, Hicks died in the hospital from his injuries.

Sheriff's homicide detectives said they believe a dispute between the three men ended in the stabbing of Hicks.

"I'm not angry. I'm more hurt than anything," Hicks' mother, Paula Springer, said during a news conference Thursday. "The anger has passed. My son was a loving father, a devoted brother, a loving son. And he did not deserve this. Whatever you guys was going through out there, please come forward and let us know (so) that Lentrail's death won't go in vain."

Los Angeles County sheriff's detectives and relatives of a 31-year-old man who was fatally stabbed in 2020 in the Florence/Firestone area reached out for public help Thursday finding the two suspects who took part in the attack, and touted a $20,000 reward in the case.

Deputies believe they're looking for two men between 18 and 22 years old. They left the scene in a 2005-2009 dark gray Toyota Prius, and were last seen heading west on 68th Street from Compton Avenue.

"He didn't deserve this," Hicks' girlfriend, Keilah Duren, said. "He was a college grad. He was a Tuskegee (University) football player, great all-around student. Loved his daughter more than anything in the world."

Detectives believe witnesses may have seen what happened. Anyone with information is asked to call the Sheriff's Information Bureau at (213) 229-1850.