LOS ANGELES - The Los Angeles Rams won the Super Bowl on Sunday evening and NBA star Lebron James wants his Lakers and the city’s Dodgers to be able to join in on the victory celebrations, he said. 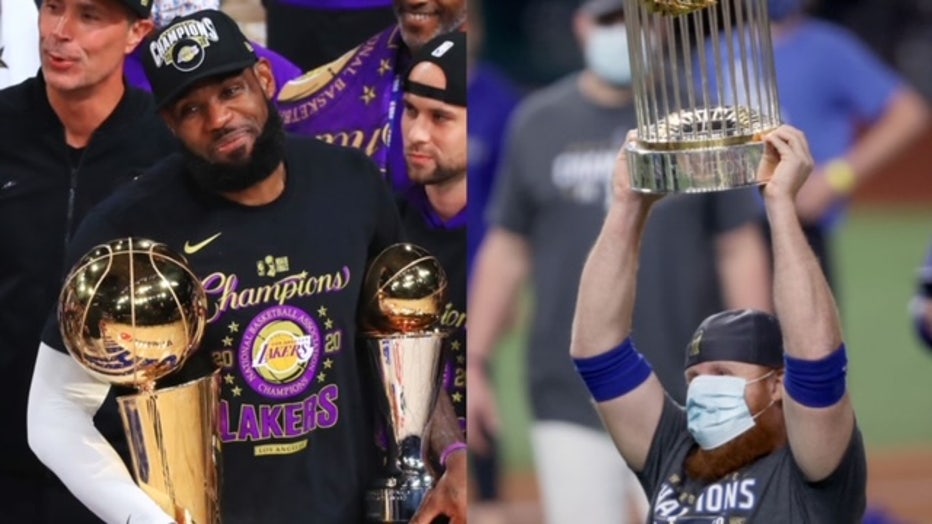 Taking to Twitter, James pitched an idea for a Los Angeles "joint parade" with his Lakers and the Dodgers, who both won their respective national titles in 2020, to join the Rams and celebrate each of the recent championships.

"We, Dodgers and Rams should all do a joint parade together!!!! With a live concert afterwards to end it!! City of Champions," James tweeted.

After winning a national title, major sports teams traditionally hold a parade in their hometowns and celebrate with their fans, but the Lakers and Dodgers were unable to do so in 2020 as large gatherings were restricted under the coronavirus pandemic.

RELATED: Dodgers: No World Series celebrations in Los Angeles 'until it is safe' amid pandemic

The Rams have scheduled their celebratory parade this Wednesday, Feb. 16, when the Lakers are scheduled to play against the Utah Jazz, but pushing the parade back a single day to Thursday, Feb. 17, could make a join event possible, Audacy reported.

The Lakers would then start their All-Star break and, because the MLB has not yet started Spring training yet, the last-minute change is at least possible.

The tweet received some criticism, however, as the Lakers and the Dodgers won their championships in 2020 — two years ago.

Also, the Dodgers most recently lost in the National League Championship to the eventual World Series winners, the Atlanta Braves, and the Lakers are currently ranked 9th in the NBA Western Conference with a 26-31 record.

And, the coronavirus pandemic heavily influenced the 2020 season schedule, often restricting players from participating in practices and games, so some people discredit the integrity of the championships won under the coronavirus "bubble" — although they are fully recognized by their respective sports leagues.