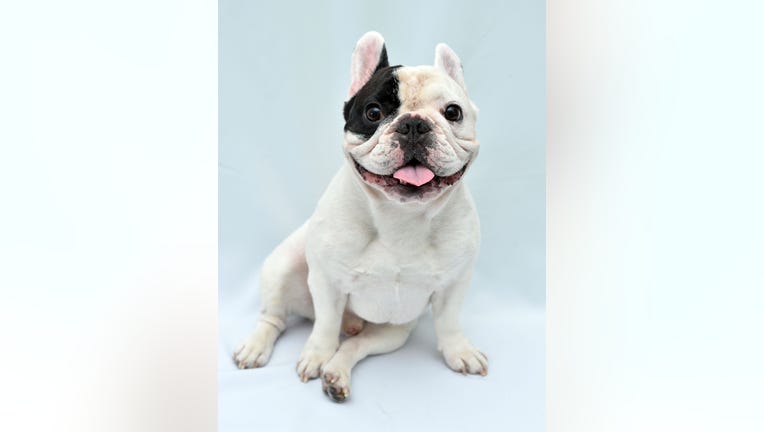 The American Kennel Club Tuesday announced its annual list of the most popular AKC-recognized breeds, and the Frenchie was No. 1 in L.A. -- followed by the bulldog, Labrador retriever, German shepherd and golden retriever.

"The French bulldog continues to be a top favorite for people of Los Angeles for a third year in a row," said AKC Executive Secretary Gina DiNardo. "This breed's playful, alert and smart temperament make it a popular choice for both current and potential dog owners."

French bulldogs have made headlines in recent days with the theft of two of Lady Gaga's three Frenchies. Her longtime dog walker was shot in Hollywood last month while trying to keep two men from taking the canines. The third dog ran away from the bandits and came to his side after he was wounded.

The singer's pets Koji and Gustav were subsequently found safe. They were brought back to police a few days later by a woman who said she found the dogs. Lady Gaga, who was in Italy filming a movie, had made a public plea for the return of her dogs and offered a $500,000 reward for their safe return.

And last Friday, Redondo Beach police reported the arrests of a man and woman who grabbed an 8-week-old French bulldog from his owner in Redondo Beach and sped off in a Mercedes-Benz. The pet was later recovered unharmed.

Pomeranians gained a bit of popularity -- moving from the 10th ranking to No. 9 and signifying the only real change in L.A.'s  2020 list, according to the AKC.

Dachshunds and cane corsos, a type of mastiff originating in Italy, are two other breeds that have gained popularity in 2020, moving up to 11th and 12th place rankings, respectively.

The French bulldog also was recognized as the top dog in San Francisco and West Palm Beach, Florida.

Nationally, the French bulldog came in at No. 2 in 2020 -- trailing the Labrador retriever at No. 1 and ahead of the No. 3 German shepherd, the No. 4 golden retriever and the No. 5 bulldog. according to the AKC rankings.