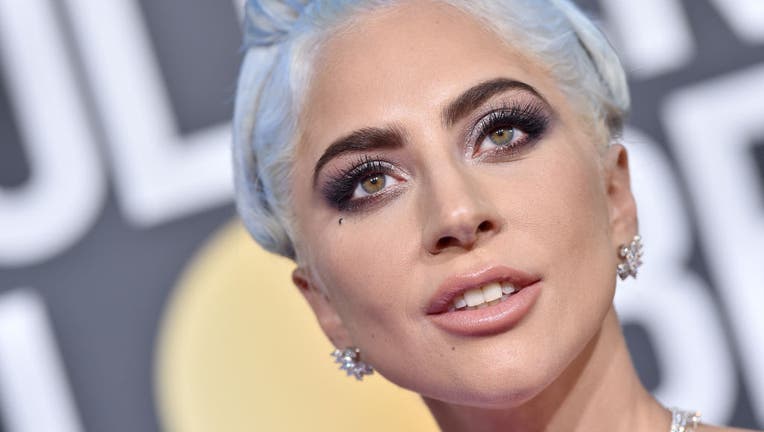 LOS ANGELES - Lady Gaga’s dog walker, Ryan Fischer, is recovering at the hospital after he was shot multiple times in a violent dognapping in Hollywood while walking the pop superstar's three French bulldogs near Sunset Boulevard on Wednesday night, the Los Angeles Police Department said.

Now, the singer is offering a $500,000 reward for the safe return of her stolen bulldogs with "no questions asked."

LAPD officers were called to the scene of the violent dognapping in the 1500 block of North Sierra Bonita Avenue, located near the West Hollywood border, just before 9:45 p.m.

Disturbing surveillance footage obtained by TMZ shows Fischer begging for his life as the suspects open fire and abduct the dogs.

His cries were heard by neighbors who called 911.

LAPD confirmed he was shot twice in the back and once in the neck.

Neighbors Rachel Manson and Buck Angel said they heard a lot of screaming.

"I ran out to the gate because we have a lot of problems with the house next door being empty...we have a lot of homeless people. And I looked to see if somebody was being attacked and I saw a white car with doors open and heard a gunshot [as the suspects] immediately ran," Angel recalled. 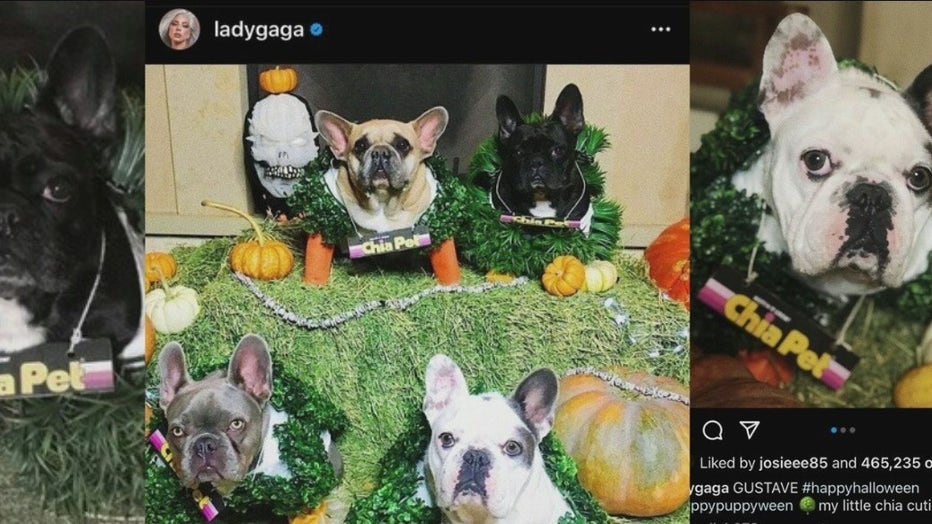 According to the LAPD, two suspects got out of a white Nissan Altima with tinted windows and one of them opened fire at Fischer, who has been walking Lady Gaga's dogs for years. The two suspects then got back in the Altima with her beloved bulldogs Koji and Gustav before driving off from the scene.

The third bulldog, Miss Asia, was able to escape and was later recovered by law enforcement. 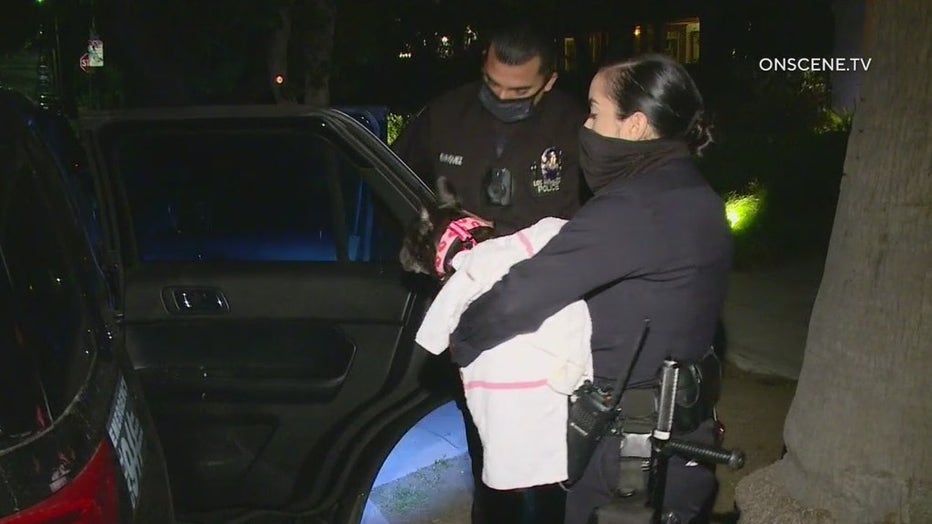 Investigators are working to determine whether or not Lady Gaga was specifically targeted.

Fisher was rushed to a local hospital in critical condition. By Thursday afternoon, officials said they expect him to survive.

"I haven’t heard from him yet. I heard that he was shot four times in the chest last night and I just tried to go to the hospital but they weren’t accepting visitors," Steve, a friend of the victim told FOX 11. "He would die a take a bullet for those dogs. He loves those dogs unconditionally. He’s always with them 24/7."

LAPD gave the following description of the two suspects:

Anyone with any information is asked to send an email to KojiandGustav@gmail.com.

It is unknown if the incidents are related.

A violent dognapping incident in Hollywood is under investigation.