Disneyland's Nighttime Spectaculars return Friday for the first time in two years, including the Main Street Electrical Parade. Wednesday the park had a preview.

ANAHEIM, Calif. - Disneyland's Nighttime Spectaculars are returning to the park for the first time in more than two years.

The Main Street Electrical Parade will mark its 50th anniversary with its return to Disneyland Park on April 22, 2022. A media preview was held Wednesday. The parade will have a grand finale float that celebrates the theme of togetherness, reflected in a design that brings together characters and moments from more than a dozen beloved Disney and Pixar stories. 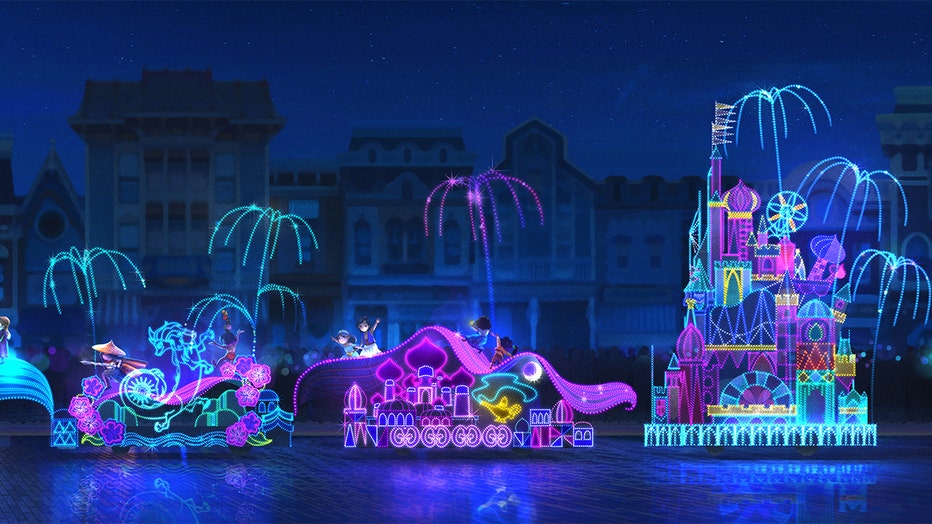 "To me, the spectaculars are Disneyland. This is what we do. This is what people know and love and expect," said Robin Trowbridge, a Show Director for Walt Disney Company.