COMPTON, Calif. - The city of Compton filed a damages claim against Los Angeles County on Wednesday alleging the sheriff's department has bilked the city out of millions of dollars by falsely reporting the amount of time deputies spend patrolling the city.

"We believe that a theft of historic proportions has taken place, resulting in damages which potentially amount to millions in taxpayer dollars, pilfered and stolen from the residents of the city of Compton," City Attorney Damon Brown said at a news conference announcing the claim. "This fraud and theft has left the residents vulnerable and has led to spikes in unsolved crime."

RELATED: City of Compton asking for state and federal investigations into the city's sheriff's station

The claim accuses the sheriff's department of committing "minutes fraud." "The allegation is that the county is paid 20-plus millions of dollars to patrol these streets, to make sure the streets are safe, to make sure the residents are safe," said attorney Jamon Hicks, who is representing the city. 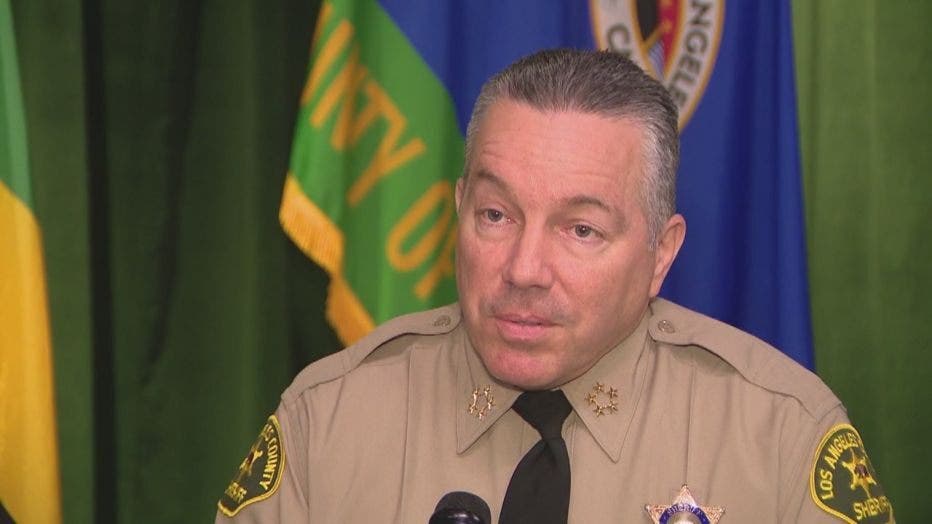 Sheriff Alex Villanueva dismissed the allegations. "We have about 45 contracts and we measure the minutes, and there's a rate -- we have to get close to 100%, either slightly above or slightly below," Villanueva said. "If we're missing that target, I don't think it's
going to be the grand conspiracy that the outgoing mayor of Compton wants it to be. "But we'll definitely take the allegation seriously, and we are already doing a thorough audit on it, and we'll take action based on the results of that. Nothing unusual there. But to call it a fraud, that might be a little bit of a stretch."

Compton Mayor Aja Brown said the allegations were "confirmed by a whistleblower, a deputy sheriff at the Compton Station." "The result is a major under-staffing at Compton Station, lack of responsiveness to calls for service and increased crime and danger to our community," Brown said.

Hicks said multiple sheriff's deputies have corroborated the whistleblower claims. He said the city will be asking the District Attorney's Office to review whether the case rises to the level of possible criminal activity.

The city attorney said the city's five-year contract with the sheriff's department began in 2019, beginning at $22 million a year, with annual increases during the life of the contract.

Villanueva noted that at the onset of the COVID-19 pandemic, when the  court system was closed down, "we flooded all of the patrol stations with extra personnel." "We went way beyond the 100% compliance with all of the contracts," he said. "Didn't get a single complaint from a single one that we were not complying with the contract, strangely."

The city's claim seeks unspecified damages. Filing a claim is a required prerequisite to pursuing legal action against a government agency. If the county rejects the claim or fails to respond, the city can file a lawsuit.