The LAPD said 23-year-old Isaiah Lee was arrested for assault with a deadly weapon.

LOS ANGELES - Chris Rock had quite the reaction after a man rushed onto the stage and tackled Dave Chappelle during his performance at the Hollywood Bowl Tuesday night. Security guards chased and overpowered the attacker, and Chappelle was able to continue his performance while the man was taken away in an ambulance.

After the attack, comedian Chris Rock joined Chappelle on stage and took the mic and said, "Was that Will Smith?" before the crowd erupted in laughter.

Rock was of course referencing the infamous Oscars slap that happened back in March. He has yet to comment on the incident publicly, saying during one of his shows, "I’m not talking about that until I get paid."

After the slap heard around the world, Rock's first night on tour sold out.

Rock also performed at the Netflix Is A Joke Fest event earlier in the evening. The festival continues on through May 8.

The suspect - who has been identified as 23-year-old Isaiah Lee - was detained by security and taken to the hospital.

Chappelle was not injured. 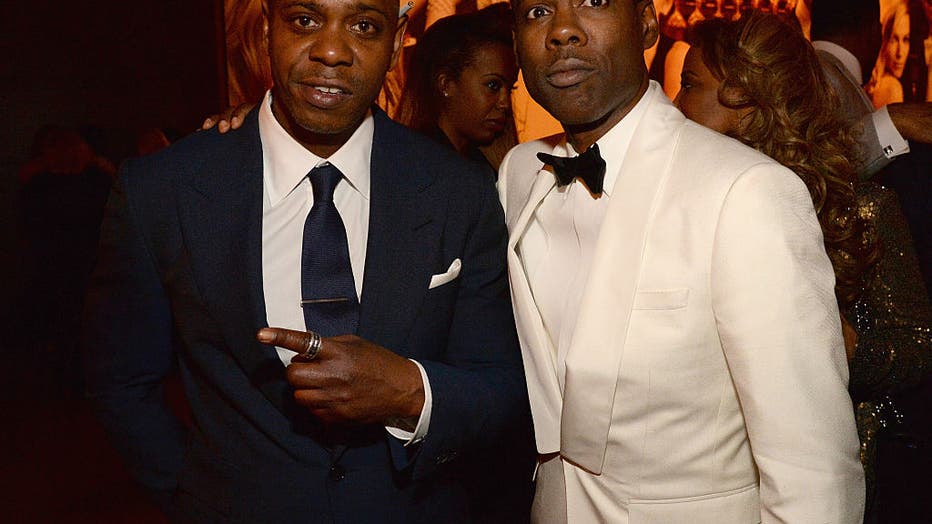 Lee was treated by medical staff for an unspecified injury and was booked into the Hollywood Division jail early Wednesday and held in lieu of $30,000 bail. It was not immediately known if he had retained a lawyer.

The suspect who tackled Chappelle was armed with a replica gun with a knife blade inside, according to authorities.

Chappelle has not spoken publicly about the attack yet. His previous Netflix special "The Closer" received backlash for jokes made about the transgender community, but a motive for the attack was not immediately released.

A police statement recounted the incident but gave no indication of whether investigators had determined the motive for the attack.

"We care deeply about the safety of creators and we strongly defend the right of stand-up comedians to perform on stage without fear of violence," a Netflix statement said.