LOS ANGELES - U.S. House battles took shape in heavily Democratic California that could tip the balance of power in Congress, while former Trump administration Interior Secretary Ryan Zinke was in a tight match to claim the Republican nomination for a new House seat in Montana.

In Mississippi, Republican U.S. Rep. Steven Palazzo was forced into a runoff after a congressional ethics watchdog raised questions about his campaign spending and he faced his largest-ever field of primary challengers.

Primary elections across seven states Tuesday set up November contests in dozens of races, as Democrats look to protect the party’s fragile majority in the House.

In other districts in the nation’s most populous state, two Republican House members were trying to surmount challenges tied to former President Donald Trump: One voted to support Trump’s impeachment after the U.S. Capitol insurrection, while the other fought against it. 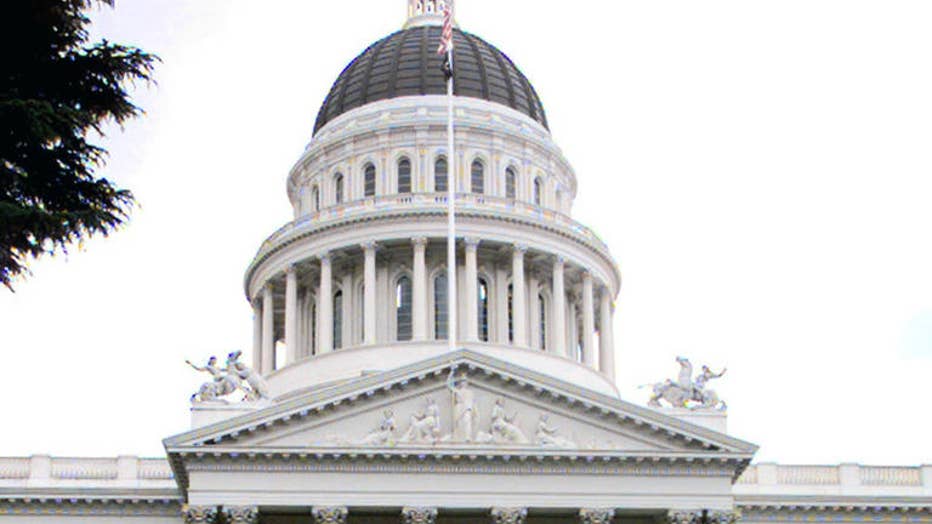 Democrats dominate California politics but the Republican Party retains pockets of strength in a sprinkle of House districts that will be among the country’s marquee elections. Republicans need to capture only a handful of seats nationally to seize the majority from Democrats and Speaker Nancy Pelosi of San Francisco.

Midterm elections typically punish the party in the White House and polls show sagging popularity for Democratic President Joe Biden. Voters have been rankled by inflation, rising crime, abortion rights and other cultural disputes at home and conflict overseas.

While no incumbents appear in dire trouble in California’s primary it could be a different story in November. The main battlegrounds are Orange County, a one-time conservative stronghold southeast of Los Angeles that has become increasingly diverse and Democratic, and the Central Valley, a vast inland stretch sometimes called the nation’s salad bowl for its immense agricultural production.

House Republican leader Kevin McCarthy, from the Central Valley city of Bakersfield, could become the next speaker if the GOP flips enough seats.

Former President Donald Trump has been framing major contests in other states but has kept a distance from heavily Democratic California, though some GOP candidates have openly embraced him in hopes of tapping into remnants of his conservative base.

Democrats are looking to claw back four seats the party lost in 2020. Also, a special election runoff is being held to fill the vacant seat of former Republican Rep. Devin Nunes, who resigned to lead Trump’s media company. The seat is expected to stay in Republican control.

Despite the troubling national climate for Democrats, the California Republican Party has been drifting toward obscurity for years. The GOP holds only 10 of the state’s 53 House seats — with the Nunes vacancy — and accounts for less than 24% of registered voters statewide. California is dropping to 52 House seats next year because it’s once-soaring population growth has stalled.

A snapshot of key races:

Rep. David Valadao is a survivor. Despite running in a heavily Democratic, largely Latino district in the Central Valley, the Republican with a bipartisan streak held his seat from 2013 until January 2019, lost it for a term, then won it back in a 2020 rematch with Democrat T.J. Cox.

His newly drawn district, the 22nd, has a similar, strong Democratic tilt. An early challenge will be getting by lingering resentment among some conservatives over his vote to send articles of impeachment to the Senate that faulted Trump for the Jan. 6 Capitol insurrection.

Rival Republican Chris Mathys, an ardent Trump supporter, is promising to oust Valadao for that vote. But Trump has not significantly engaged in the race, and Valadao, a dairy farmer, has the backing of McCarthy, who is close to Trump, and the state GOP endorsement.

If he survives the primary, Valadao is likely to face five-term Assemblyman Rudy Salas, a moderate Democrat.

A REPUBLICAN LOOKING TO DEFY THE ODDS — AGAIN

Rep. Mike Garcia is an anomaly in the Los Angeles metropolitan area: a Republican congressman. He occupies the last GOP-held House seat anchored in heavily Democratic Los Angeles County, which he retained in 2020 by a mere 333 votes.

The former Navy fighter pilot was endorsed by Trump in 2020. He joined House Republicans who attempted to reject electoral votes from Arizona and Pennsylvania and opposed Trump’s impeachment after the Capitol insurrection.

Garcia is seeking reelection in the new 27th District, which overlaps a chunk of his old terrain but has a stronger Democratic tilt. Several Democrats are on the ballot, including Christy Smith, a former legislator who lost to Garcia in 2020, and Quaye Quartey, a retired Navy intelligence officer.

Garcia points to his vote supporting $2,000 stimulus checks as one example of his political independence. Democrats have a nearly 12-point registration edge, but Garcia’s local roots, military service and Latino surname are formidable assets.

Southern California’s 47th District, which includes Huntington Beach and other famous surf breaks, is an area once considered "Reagan Country" for its conservative leanings and ties to former Republican President Ronald Reagan. But it’s changed, like much of California, and the Orange County district is about equally split between Democrats and Republicans.

The boundaries of the district reach inland to include Irvine, the hometown of Democratic Rep. Katie Porter, a star of the party’s progressive wing. Her leading opponent is Republican Scott Baugh, a former state legislative leader and past head of the county GOP.

About two-thirds of the voters in the newly drawn district are new to Porter, and her challenge is enlisting them as supporters. She comes with an advantage: nearly $19 million in the bank, making her one of the most prolific fundraisers in Congress.

Baugh has been attacking her as a "radical" in the mold of Rep. Alexandria Ocasio-Cortez of New York, a self-described democratic socialist. Democrats can be expected to highlight a $47,900 civil fine Baugh agreed to pay in 1999 while in the Legislature for campaign finance violations.

A RIVALRY ON THE RIGHT

Rep. Young Kim, a South Korean immigrant and former legislator, was among four California Republicans who captured Democratic seats in 2020. Running in the GOP-leaning 40th District this year, it appeared she had a relatively open lane to reelection.

But her campaign and GOP allies recently invested over $1 million in ads to blunt the trajectory of rival Republican Greg Raths, a retired Marine colonel and Trump booster. It appeared to be a precautionary move, with Kim endorsed by the state GOP and holding a wide fundraising edge over Raths.

The ads also look like a counterweight to a move by the sole Democrat on the ballot, physician Asif Mahmood, who ran ads highlighting Raths’ conservative credentials. Mahmood appears to be following a common strategy in trying to elevate a primary rival -– in this case Raths –- who presumably would be easier to beat in the general election.

PULLING NO PUNCHES IN DIVERSE DISTRICT

The 45th District anchored in Orange County has a slight Democratic registration edge and includes the nation’s largest Vietnamese American community. The seat was specifically crafted to give Asian Americans, who comprise the largest group in the district, a stronger voice in Congress.

It’s in this diverse district that Republican Rep. Michelle Steel, a South Korean immigrant, is hoping to win another term in Congress, although she lives in a neighboring district. It’s been a furious, at times nasty fight so far with Democrat Jay Chen, her likely opponent in a November runoff who also lives just outside the district.

Republicans accused Chen of "racism" after he told supporters an "interpreter" was needed to understand Steel’s remarks, arguing that Chen was mocking her accented English. Chen, the son of immigrants from Taiwan, said his words were being twisted for political purposes and he was referring to "convoluted talking points" that he said Steel uses to sidestep issues, not her accent.

The 49th District runs through Orange and San Diego counties and has only a slight Democratic registration edge. Rep. Mike Levin, a Democrat, is seeking another term after first capturing the seat in 2018.

As an incumbent he has an advantage, but Republicans see an opening with Democrats struggling nationally and many Californians unhappy with homelessness and crime.

Levin is expected to advance to the November runoff. A handful of Republicans are fighting for the slot to challenge him in November, including several with political experience: Orange County Supervisor Lisa Bartlett; Oceanside Councilman Christopher Rodriguez; and former San Juan Capistrano Mayor and businessman Brian Maryott, who was defeated by Levin in 2020 and has the state GOP endorsement.

In a district that straddles Camp Pendleton, Levin has focused heavily on veterans affairs, as well as climate change and the environment.