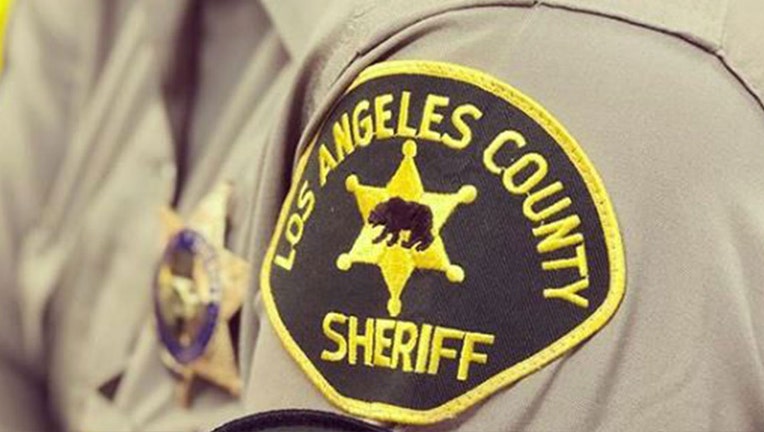 LOS ANGELES - Dead rats have been left outside homes of members of the Los Angeles County Sheriff's Department who are seen as being cooperative with investigations into the department, a witness testified at an oversight commission hearing Friday.

The witness – who called into the meeting anonymously out of fear of retaliation – detailed instances of retaliation that she and other employees at the East Los Angeles station faced from members of an alleged deputy gang known as the "Banditos." Friday's meeting was the fifth in a series of hearings by the Civilian Oversight Commission into allegations of deputy gangs in the sheriff's department.

As the commission displayed a picture of a dead rat outside a home, the witness testified that she was the recipient of a deceased animal on "more than one occasion."

The witness also testified that she was told ahead of arriving at the station of a culture of harassment and hostile work environment, where trainees were often hazed. Members of the "Banditos" would withhold requests for backup from deputies that they disliked, according to the witness.

"It was very difficult to work by myself in East L.A., and have to go to certain calls by myself having to worry about backup," the witness testified. "I felt tired, burned out. The point of the `Banditos' was to make you tired, burned out so that they could run you out of the station and force you out willingly."

Despite Sheriff Alex Villanueva's previous insistence that he cleaned house by transferring 36 employees at the East Los Angeles station as his first act in office in December 2018, previous witnesses have testified to the commission that the "Banditos" still essentially runs the station.

Neither Villanueva nor Undersheriff Timothy Murakami have appeared at an oversight hearing. A court hearing to consider holding Villanueva in contempt for allegedly ignoring subpoenas to testify before the commission is scheduled for Sept. 7. Subpoenas to Villanueva and Undersheriff Timothy Murakami required each of them to appear and testify at the commission's July 1 public hearing, county lawyers said. Their alleged refusal to comply subjects them to the contempt procedures, according to the county's petition brought July 21.

Villanueva said he was prepared to testify before the commission in July, but "was deeply disappointed to learn the commission is unwilling to allow very basic and reasonable elements of a legitimate oversight meeting designed to understand the truth. It makes neutral observers question whether the commission's real agenda is to learn the facts, or to put on a show."

The commission rejected the sheriff's conditions for his testimony, in which he demanded the presence of a neutral hearing officer at the proceedings, an advance look at exhibits the commission intended to use and the opportunity for the sheriff to make an opening statement and cross-examine witnesses.

Two in-person witnesses, both active members of the sheriff's department, also testified Friday after being subpoenaed by the committee.

Sgt. Jefferson Chow, who has been in the department for 26 years, was tasked with investigating a September 2018 fight between deputies at a department party at Kennedy Hall in East Los Angeles.

Chow testified that he conducted close to 90 interviews over a seven- month period, but was explicitly told to not ask about the existence of deputy gangs. In an accompanying exhibit, Chow's log from Nov. 27, 2018 stated that interviews were cancelled due to a request by Chief Matthew Burson, who has since retired.

"He wanted to make sure I did not have to ask questions about subcultures groups at ELA Station," Chow's log reads.

The next entry, dated Dec. 7, 2018, states that Burson informed Chow that he didn't need to ask about "subcultures groups" at the station.

Chow testified to the commission that was the first time he had been given such a directive, which was why he documented it in his log. Chow acknowledged it felt "weird" to not ask about the existence of deputy gangs during his investigation, but described the sheriff's department as a paramilitary organization in which employees have to abide by the chain of command or risk termination.

Chow believed that criminal charges should have been filed in the Kennedy Hall incident, which left five deputies injured.

"It was fighting amongst deputy sheriffs," Chow said when asked why he thought so. "We shouldn't be fighting our own."

The other witness, Capt. Angela Walton, testified that while she was a training officer at the Lennox station in the 2000s, she worked with members of an alleged deputy gang known as the "Grim Reapers" who were upset that she gave a trainee time to eat during shifts. Walton testified of instances where she was given an excessive amount of calls and had her business card being placed on a bulletin board with an "X" on it as examples of retaliation she faced.

Walton, a 27-year veteran of the department, filed a lawsuit against the department in May in connection with an alleged cover-up after a deputy knelt on the neck and head of an incarcerated man awaiting trial last year. Villanueva has denied that there was a cover-up.

During her testimony, Walton criticized the department's leadership and said the line between groups of friends and more ominous "cliques" within the department needs to be made clear.

"It's OK to party with your friends and clique off with certain groups of friends that you work with," Walton said. "But when that friendship or clique starts becoming nefarious behavior or starts becoming illegal or immoral, you've got to figure out who are you as a person. You've got to realize you're OK with your self-worth. You don't need to be accepted by the clique. You took an oath."