LOS ANGELES - A company that helped Antonio Brown put together a community outreach event in Los Angeles the day before Super Bowl LVI in February is seeking a default judgment of more than $30,000 against two other firms to recover a balance allegedly due for the plaintiff's work in setting up Brown's program. 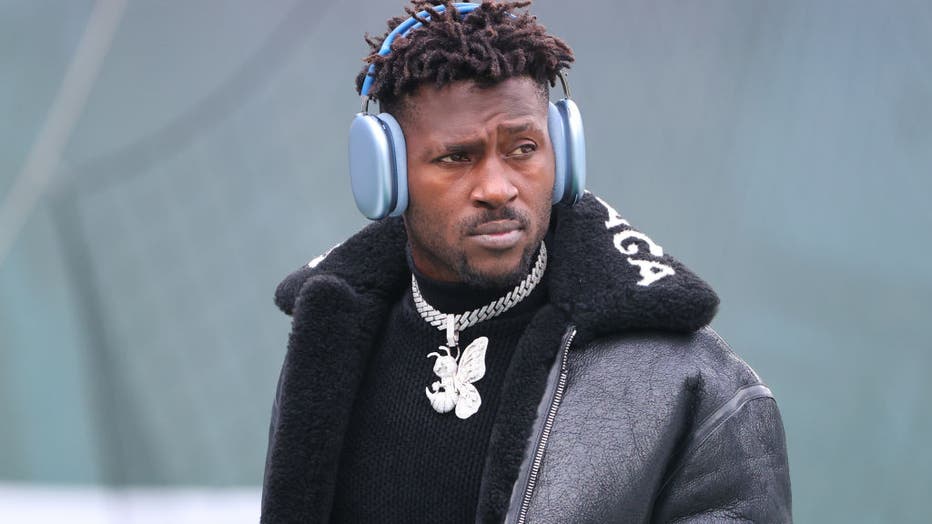 Phantom Labs Inc.'s Los Angeles Superior Court lawsuit allegations against Brown and two companies, Boomin Productions LLC and STB Athletes, include breach of an oral contract and fraudulent inducement. According to documents filed with the Florida Secretary of State, Brown is the sole manager of Boomin.

In court papers filed Monday, Phantom Labs seeks $33,160 in a default judgment against the two defendant companies, but nothing from Brown directly. Phantom's previous default request, filed Aug. 30, was rejected the next day by the Clerk's Office on technical grounds.

"Brown and his team have a history of not paying vendors and employees for their services, further confirming that despite their promises and assurances, defendants had no intention of paying Phantom when it was hired," the suit filed June 7 states.

Brown attended Super Bowl LVI at SoFi Stadium on Feb. 13 as a guest of Ye, formerly known as Kanye West, the suit states. A day earlier, Brown, Boomin, and STB held an event in Los Angeles called "Team AB Community Outreach" that was produced by Phantom by Brown, his affiliates and representatives and Brian Davis, a principal for STB who was acting as an agent for Brown, the suit states.

Brown and his affiliates/representatives, as well as Davis, approved Phantom's $95,000-$100,000 budget for the event and the plaintiff did what it was required to do, including advancing and contracting for thousands of dollars in expenses in the expectation that prompt payment would come, the suit states.

Brown promoted the event on Instagram to his 8.2 million followers, stating, "Join us in empowering the next generation of champions! Community first!" along with a large head shot of Brown, the suit states.

Brown attended the festivities and both signed autographs for and took pictures dozens of local children present, the suit states. He also made additional positive postings about the event, according to the suit.

Phantom's expenses and fees for Brown's event ended up totaling $66,050, the suit states. Davis assured Phantom that he would pay the invoice on, but no payment was made on the day promised, so the plaintiff sent another set of payment instructions, according to the suit.

Finally, after persistent reminders, Boomin wired Phantom $35,000 on May 16, but refused to pay the balance due, the suit alleges.

During the third quarter of the Tampa Bay Buccaneers' 28-24 win over the New York Jets on Jan. 2, Brown took his jersey, shoulder pads, glove and shirt off and ran off the field into the locker room. Brown was officially released on Jan. 6 and passed through veterans waivers two days later without a team claiming him.