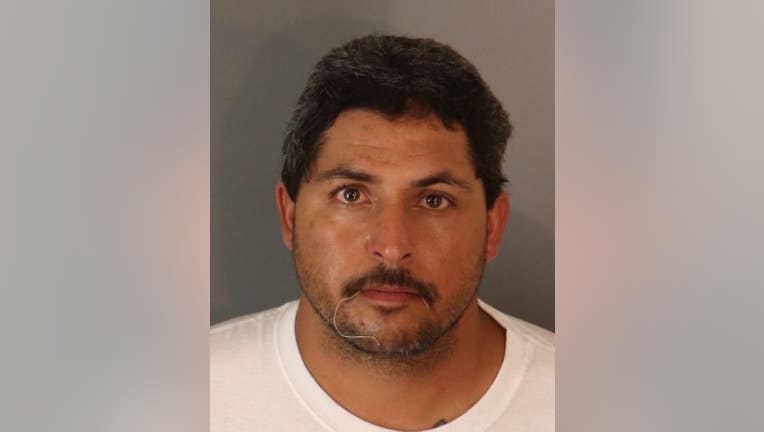 RIVERSIDE, Calif. - An Anaheim man accused of using a BB gun to shoot out windows on a vehicle traveling on the Riverside (91) Freeway has been charged with three counts of attempted murder.

The charges stem from a shooting that occurred on May 25 in the area of Hamner Ave. and Hidden Valley Parkway in Norco.

Around 1:30 p.m. the window of a Tesla was shot out with a BB gun, three people were inside the vehicle. Luckily, the Tesla captured video of the suspect’s vehicle which was a maroon Chevrolet Trailblazer. The victims were able to provide a vehicle description to California Highway Patrol officers and around 9:30 p.m. that same day, CHP officers and Riverside police pulled over the suspect in a shopping center parking lot.

Rodriguez was taken into custody; officers located a BB gun, BBs and other related items in his vehicle.

A person of interest believed to be responsible for a series of BB gun freeway shootings in Southern California has been arrested, California Highway Patrol announced.

An investigation is underway to determine if Rodriguez is involved in other BB gun shootings that have occurred in Riverside, Orange and Los Angeles counties.

According to the Riverside DA’s office, there have been at least 50 incidents reported to law enforcement of vehicles shot at by a BB or pellet gun along the Highway 91 corridor in Riverside County since the middle of April.

Throughout Southern California at least 100 vehicles have been shot at with a BB or pellet gun.

"Shooting at moving vehicles with a BB gun or pellet gun while traveling at high speed on our roads or freeways is incredibly dangerous," Riverside County District Attorney Mike Hestrin said.

"Shooting out windows of cars could easily startle drivers in traffic and cause a major accident.  We are all relieved that no one was seriously injured by these crimes."

Rodriguez is scheduled to be arraigned on Tuesday, June 1. If convicted as currently charged, Rodriguez faces a potential maximum sentence of 15 years plus 42 years to life in prison.