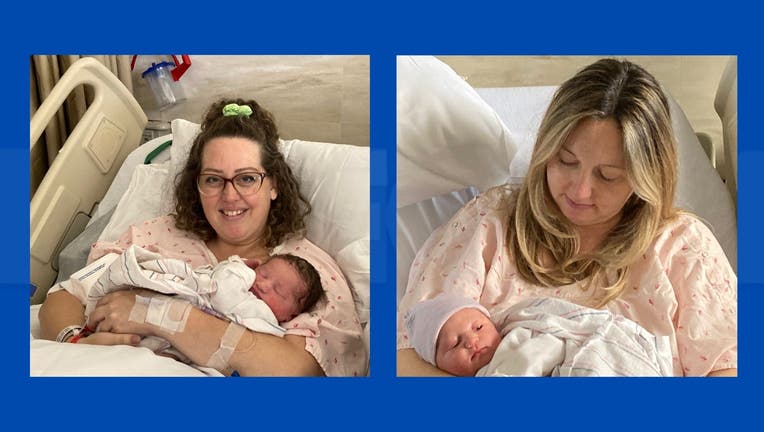 Lindsey Berman and Kristin Quan both gave birth on Sunday, May 8, at Orange Coast Medical Center in Fountain Valley, becoming new moms in the process.

Jackson Berman was born at 8:02 a.m. Sunday. Mother Lindsey called her first baby "the best Mother's Day gift I could have asked for." Jackson was due on May 12, but according to the hospital, Lindsey and her partner Jared had a feeling he'd come early. Jackson is named after Jarerd's grandfather Jack. He weighs 7 pounds, 8 ounces and is 21 inches long.

Kristin Quan called the experience "surreal. It's my first Mother's Day and also Cassian's birthday. It's just great to be able to spend that together."