A Southwest Airlines agent went the extra mile to reunite a little girl and her stuffed toy "Dog Dog." She took some adorable photos along the way.

He calls it a labor of love. Nearly every day for almost seven years, Bay Area photographer Brian Molyneaux has stepped out into his community and used the shutter of his camera to connect, taking photos of thousands of strangers he’s met on the street, to learn their story and then offer a window into their lives.

Rules are rules. Animal control officials in Los Angeles County have granted permission for a little girl to keep a unicorn at home, provided she follows strict guidelines.

Hundreds of children will have a brighter Christmas thanks to the LAPD and one very brave Santa Claus, who arrived to Wednesday’s celebration in style.

“They saved my life so I want to save as many of them as I possibly can," Tom said about the thousands of animals he's rescued from around the world, including war-torn Ukraine.

Melissa Highsmith was just 22-months old in 1971 when she was allegedly abducted by a woman who was hired to babysit her.

Lesley Hauler, who lives in the United Kingdom, flew to Atlanta to surprise her parents for the Thanksgiving holiday. The video captured the heartwarming reunion.

You may spot the oldest dog alive walking around Venice Beach or cruising with his humans along Pacific Coast Highway.

Melissa Highsmith was raised just minutes from where she was abducted from her mother's Fort Worth, Texas, apartment on Aug. 23, 1971, when she was just 21 months old.

Even after his kids confirmed the big win, he went back to the store where he purchased the ticket to make sure it was real.

A woman without a home for the past six years is in for quite a surprise as she gets one just in time for the holidays. 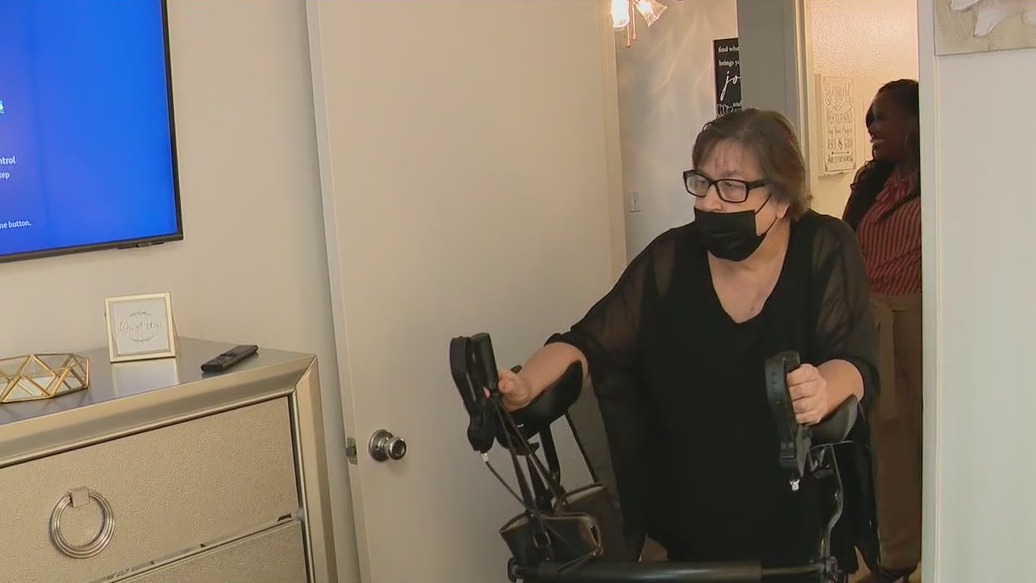 A woman without a home for the past six years is in for quite a surprise as she gets one just in time for the holidays.

The adorable 7-year-old quickly became known as “the corn kid” when he appeared on an online show and told the world why he loves corn so much.

It was a joyous weekend for more than 130 children and their adopted parents as they became a family.

The teen was on a shopping trip when she rushed to assist an officer who was shot.

Most people don't get to plan for their 100th birthday, let alone consider their 101st. One southeast Wisconsin woman celebrated just that Saturday.

The baby was separated from his mother for nearly two days following his birth because he was having difficulty breathing, according to the zoo.