Maria Shriver on becoming a grandmother: I just am beside myself about it

She’s been a journalist, an author, a philanthropist and the First Lady of California. Now, Maria Shriver is adjusting to a new title: grandmother.

LOS ANGELES - She’s been a journalist, an author, a philanthropist and the First Lady of California. Now, Maria Shriver is adjusting to a new title: grandmother.

“I have my own little private thing going on with my granddaughter,” Shriver revealed to FOX 11’s Elex Michaelson. “We have our own conversation, our own language, I have my own name… I just am beside myself about it.” 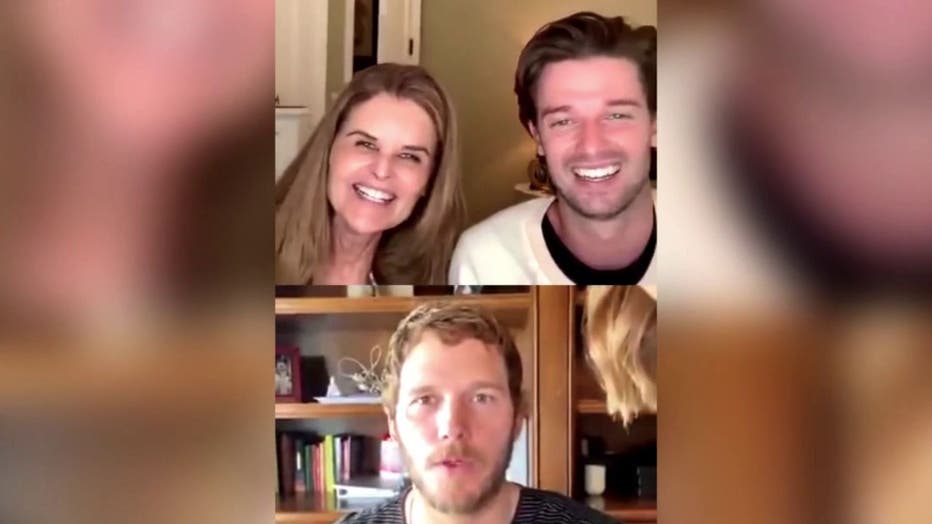 “I don’t take that for granted,” Shriver continued. “There are people my age who don’t get to my age, and who never have that chance to see a grandchild, so that’s one of the things I thank God for every day, that I’m alive to see that, and I’ll be having Thanksgiving as a grandmother.”

As the conversation continued, Shriver’s son, Patrick Schwarzenegger, joked that he hadn’t really heard anyone refer to his mother using the term “grandmother.”

“Your dad and I were talking about that the other day,” Shriver told her son, referencing Patrick’s father Arnold Schwarzenegger. “We just can’t believe, you know, that our oldest daughter has a baby, it’s wild, and that we’re both able to see that. It’s a gift, it’s a blessing.”

Back in August, days before Katherine Schwarzenegger gave birth, Arnold Schwarzenegger appeared on The Issue Is and described his excitement for his impending grand-fatherhood.

The Issue Is: Maria Shriver and Patrick Schwarzenegger

During that interview, Schwarzenegger also heaped praise on son-in-law Chris Pratt, saying that he was a “fantastic son-in-law,” who was “very, very disciplined with his work,” “wonderful to Katherine, and to Maria, and to me,” and “really a great, great guy.”

Those sentiments were echoed by Shriver, who told Michaelson that Pratt was “sweet” and “kind,” that “he loves his wife and his family,” and that he was “a good man.”

In a wide-ranging interview on The Issue Is, Shriver and Patrick Schwarzenegger also discussed what gratitude means to them during this scaled-back Thanksgiving, Schwarzenegger’s new film Echo Boomers, and the lasting impact Shriver’s mother, Eunice Kennedy Shriver, and father, Sargent Shriver, had through their respective creations of the Special Olympics and Peace Corps.