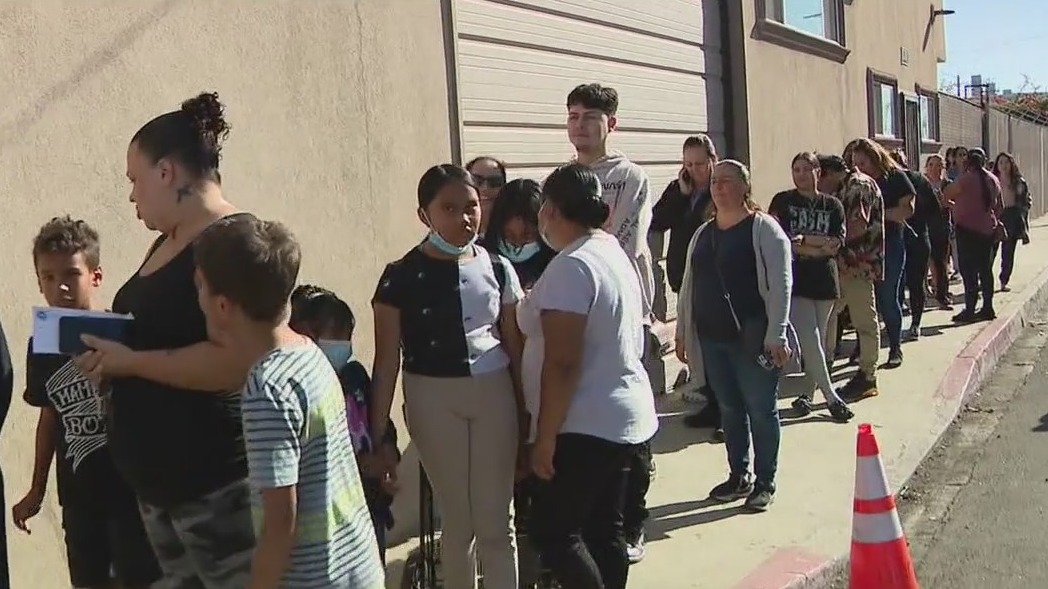 FOX 11's Hal Eisner checked out some Thanksgiving giveaway spots, including a popup event in Wilmington, to hear from families on what they're thankful for this holiday season.

Multiple suspects are in handcuffs after they were involved in a police chase across Wilmington. 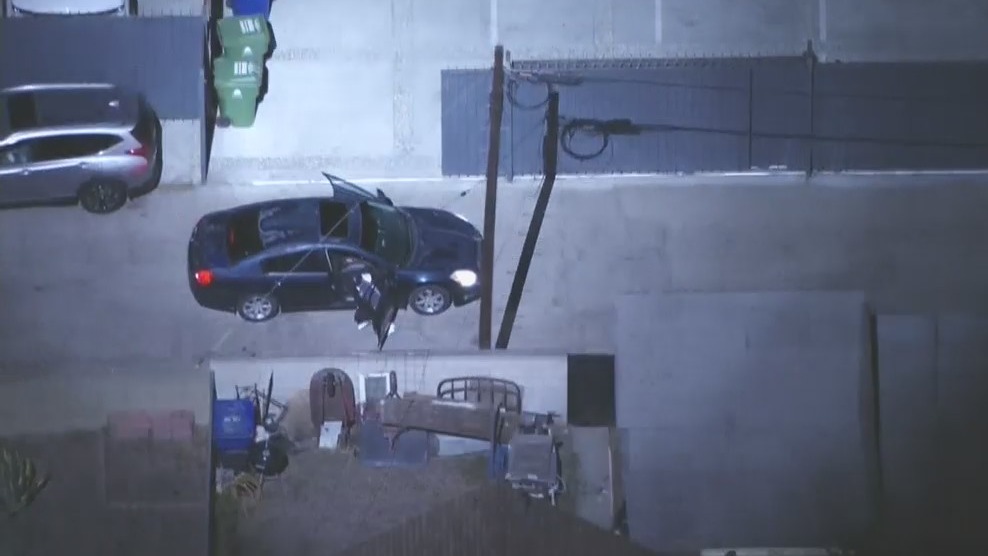 Multiple people were placed in custody after a police chase in Wilmington.

The shooting occurred at the intersection of Quay Avenue and North Banning Boulevard around 3:45 a.m.

The shooting occurred during the early morning hours of Oct. 11.

The suspects were identified by the LAPD as 21-year-old Damian Ulysses Martinez and 19-year-old Gabriel Martinez. Officials said the two are cousins and are active East Side Wilmas gang members.

The 12-year-old was killed weeks before Christmas 2021.

Alexander Alvarado was killed after he was hit by a stray bullet in December 2021.

This event was canceled the last two years due to COVID-19, so it was going to take more than heat - even a lot of heat - to stop many from coming.

A 20-year-old woman was killed and two other people were shot in Wilmington Tuesday afternoon, according to police.

Authorities were notified of the flooding in the 400 block of North Avalon Boulevard around 2:05 p.m. Friday.

The young victim was identified by the LA County coroner's office as 17-year-old Arnulfo Aguilar.

The noxious smell was traced to organic material decaying in the Dominguez Channel. The result was a rotten-egg-type smell that wafted over a region including Carson, Gardena, Torrance, Redondo Beach, Wilmington and Long Beach.

An armed man was shot and killed by police in Wilmington Tuesday, authorities said.

At least one person was sent to the hospital.

A shooting at a party in Wilmington that an officer described as a "raging gun battle," turned into a police chase in South Los Angeles that temporarily prompted a lockdown in the Historic South-Central neighborhood, police said.

King the French bulldog, who was seen being snatched from his home in Wilmington and allegedly sold online for $20, has been found safe and reunited with his owners.

A French bulldog was allegedly stolen by a person riding a skateboard in the Wilmington area, according to the dog's owner.

A deadly crash is under investigation in Wilmington.